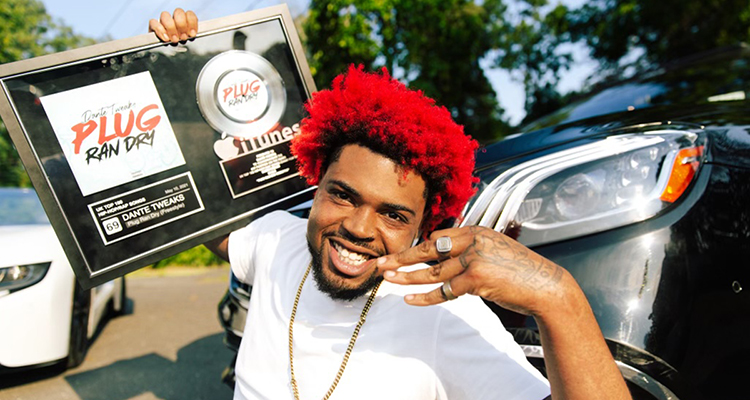 Dante Tweaks is one of the top music talents to emerge from the Bronx area.

The following comes from Ascend Agency, which has partnered with Digital Music News to bring you this profile on Dante Tweaks.

He is a highly gifted music star, taking over the New York and Connecticut music scene. Dante is a renowned Trapstar, sound engineer, and visionary who started a movement in Connecticut. He is the founder and owner of Howell Records, an independent record label, and owns Connecticut’s best recording studio. Howell Records is the only studio in New York and across the US to be endorsed by Hot 93.7, CT’s prominent hip-hop station.

Dante found his love for music at a young age. He grew to establish a career in the industry as a Trapstar, rockstar, and also rapper. The sensational artist has served the industry a number of hits, establishing himself as one of the greatest talents to grace the stage. Dante had his first single play on the radio at 19, including being featured on the famous station Hot 93.7. His single “Plug Ran Dry” has done exceptionally well, going up to #69 on the UK iTunes Charts. Dante considers it one of his most outstanding achievements, and he has since received a plaque for that.

But what everyone is talking about is Dante’s latest single and debut album that he promises will be unlike anything else you’ve ever heard. “Off the Bat ” is Dante’s debut release in the TrapRock genre, which he sees resonating with an audience that needs a fresh take on Trap music. Since its release a few weeks ago, “Off the Bat” is already gaining momentum, rising through the charts. It’s already acquiring close to 50K streams on YouTube and thousands of streams on Spotify and other music streaming platforms.

He hints at the album being a genre cross-over of rock and Trap. Dante also says that he’s worked on the album independently through his record label, Howell Records. He terms it as a special project that will enable CT to be the powerhouse for new music. TrapRock: Volume 1 is also a collection of musical gems that Dante says will resonate with his already established audience and anyone keen on cross-genre fusion.

“I want the world to see that Trap music is the new soul music, and it’ll have a lot of subgenres, including mine: TrapRock. And we’re doing it all independently through my record label Howell Records,” says Dante.

Dante has always been a music powerhouse, but since creating his debut album, he is highly recognized as a pioneer of the TrapRock genre movement in Connecticut. He has also done features with some legendary rappers and a recent crossover record with a dancehall artist.

The Howell Records founder is working on opening up a digital marketing firm to coincide with the record launch. Dante also dedicates all the resources he has gathered over the years to be utilized for himself and others to properly produce albums and singles and make them successful.