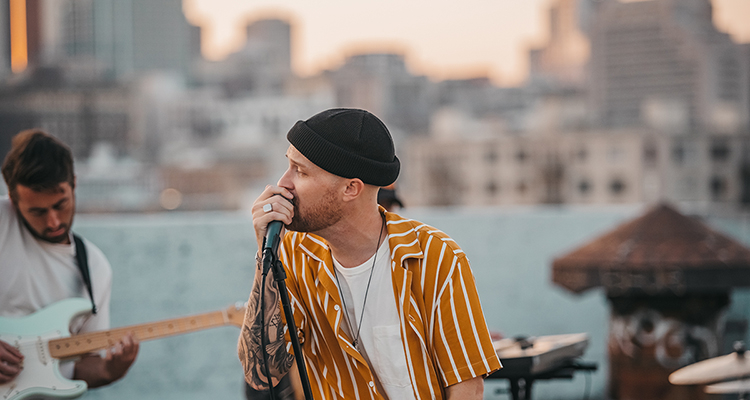 Hard work is always the secret behind success.

Those who claim to have achieved success without it have either never tasted success or are enjoying the fruits of someone else’s labor. This is true in every career path, and the music industry is no exception. Social media has been a game-changer for this industry over the last few years as we see many fresh, up-and-coming talents grabbing the limelight. This obviously doesn’t mean they have long, sustainable careers. The downside of social media influence is the competition. Only unique talent can survive in this extremely saturated space. Those are the ones who dare to be different and not fall for trends.

Singer, songwriter, and social media influencer Jeff Johnson is one such example of someone who chose to follow his heart amidst all the competition and found success. Being married and having three kids, it was not easy for Jeff to switch careers from an office executive to a music artist. He had his responsibilities of paying for the house, car insurance, taking care of his kids’ education, and fulfilling his family’s basic needs. Even then, he dared to give himself a chance and pursued his passion.

When he started his YouTube channel 6 years ago, the scenario was completely different. The user base was not as huge as it is today. There were no advanced recording facilities for budding artists. He used to record the songs during the day and spend entire nights editing them so that he could upload a video every day. Consistency is something that Jeff has always believed in. He wanted his fans to be hooked on his music and hated to keep them waiting for the next release. Jeff noticed his subscriber base rising to more than 2 million in a matter of time. It was then he decided to officially launch himself as a professional music artist on social media, releasing his own compositions.

To date, he has released three songs: “Forever,” “On Our Side,” and “Count On Me.” His song “Forever” earned more than 5 million views on YouTube.  The other two tracks, “On Our Side” and “Count On Me,” have grabbed more than 3 million listeners so far across all social media platforms. Jeff’s music is unique, just like his thoughts. He never followed the trend or wanted to be the hype on social media. Instead, he followed his heart and continued doing what he loves. His lyrics and sound resonated with millions of music enthusiasts across the globe, making him a music icon on YouTube.

Currently, Jeff is busy working on his upcoming tracks “A New Life” and “Because You Choose To Love Me.” He is excited to release them on social media and is optimistic about his fans’ response. Like always, he has poured his heart and soul into the music to showcase something unique and exciting.

Jeff Johnson has always believed in his talent and authenticity to climb the ladder of success. Even in the most trying times, he continued with his principles and maintained his originality. Going forward, he wants to entertain his fans in the same way and bring more fresh and soul-soothing music to his audience.