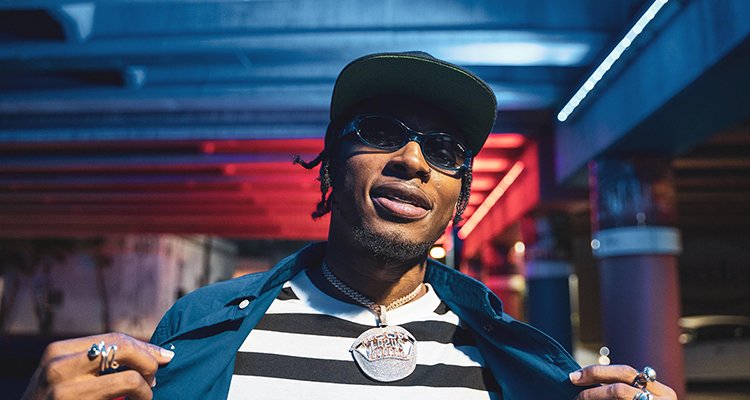 In an industry that welcomes a new trend every day, carving a separate niche can be challenging for any artist.

Yes, the music industry has evolved insanely in genres and style over the decades, and this welcoming change from traditional genres is attributed to a fresh breed of artists and producers who are fearless with their creativity. The budding musician and artist LaChaleur is one among them. He is enthralling his audience with his electrifying cross-genre compositions and unique lyrics that blend various dialects.

Diomande Elliott adopted the stage name LaChaleur to penetrate the music industry as an independent artist. Brought up in the Bronx, New York, the artist was highly influenced by its diverse musical culture. However, that could not make him forget his roots. Originally an Ivorian, LaChaleur has a fascination for French, a common language in the Ivory Coast in Africa. His stage name “LaChaleur” in French means “the heat.”

True to his stage name, LaChaleur has proved his mettle in creating unconventional yet soothing music. He is a master of cross-genre compositions who blends hard-hitting rock with traditional African beats. He also takes the artistic liberty to play with lyrics, adding a phrase or two in French. It has a cutting-edge impact on the music, making it electrifying and harmonious. Being a fashion enthusiast, LaChaleur takes special care of his appearance, which complements his performances. His compositions, lyrics, and high-end urban wear create a package that invokes an adrenaline rush in the audience.

LaChaleur started his journey with a duo group performing at various events in Nigeria. His first achievement as an artist was to perform at a Nigerian awards ceremony. This was followed by several opening performances for top artists like P Square, Sarkodie, and Tekno. While he delivered his best in every performance, none of them brought him the limelight, only recognizing his talent as part of a group.

Besides being a performer, LaChaleur is also a producer with a series of records to his name. He has produced music for renowned artists like Efya, Asap Ferg, Desiigner, 147 Cal boy, 27 Delly, Hassirv, Q Da Fool, and Mac Sauce, to name a few. Some of these records have been released already, while others are waiting for a release date. Even LaChaleur’s producing talent remains hidden behind the curtains because he has contributed to the growth of someone’s career rather than his. He has no bitter feelings about it because he believes those were seeds sown to be harvested in the future.

Over the years, LaChaleur has matured as an artist. He knows how to keep his fans engaged through music. He nourishes a dream of performing in front of live audiences, cheering them on and making them move to his beats. However, this is not a long-term plan for the artist and music producer. He has plans to stay productive with music consistently but to channel his energy into different ventures.

Going forward, LaChaleur will launch a music label to help aspiring artists get recognized for their talent. He doesn’t want anyone to struggle like he once did. With a selfless mindset and a passion for helping others, it is only a matter of time before LaChaleur becomes a well-known name in the music industry.