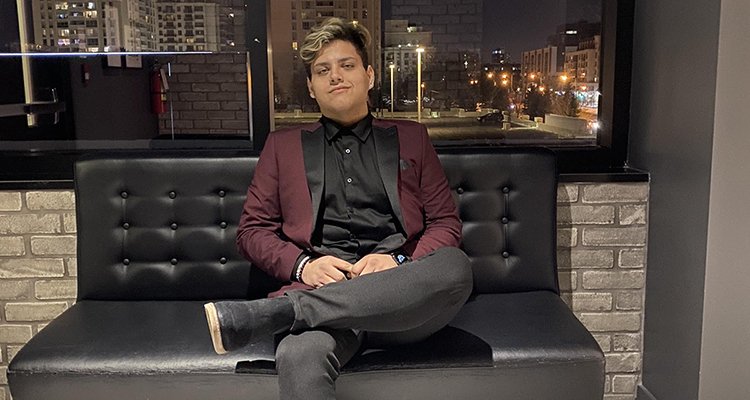 Success always comes with a price.

It is usually the hard work and perseverance that goes behind the glitz that amazes people. Every successful person has an incredible story of hard work and persistence that can inspire others. The story of the rising musician, rapper, and songwriter Alex Arteaga is one such example. He is blowing up the internet with his unconventional take on rock, reviving the genre with passion.

Alex Arteaga has proved his mettle in cross-genre music. He has been enthralling his audience with music that is unique in every aspect. His expertise in blending hard-hitting rock with contemporary hip hop and cutting-edge electronic music has earned him 2 million monthly listeners on Spotify and 3 million subscribers on YouTube.

His story starts from his college days when Alex became desperate to pursue his passion for music. Coming from a wealthy family where both his parents wanted him to follow their footsteps and become an entrepreneur Alex had to be a rebel to follow his dreams. Soon after his graduation, Alex left home with his guitar and barely one hundred dollars. He had to spend a couple of months on the streets of Ohio singing in parks and markets. Luckily he was spotted by a club owner who hired him to perform at the club for three evenings a week.

Within a short period, Alex Arteaga’s popularity grew like wildfire.

His nights were marked by long queues outside the club. It was during this time when the famous DJ MC visited the club and immediately recognized Alex for his talent. He offered him the opportunity to open his shows in different cities across the U.S. This opportunity changed Alex’s life forever, helping him penetrate the industry and live his dreams of becoming a rock star.

Alex was thrilled to perform in front of thousands during his live shows. He made valuable connections in the industry and honed his craft under the guidance of DJ MC. He spent 14 hours on most days at the studio to work on his debut single that was released in December 2019. The song “Rowdy Night” became a crazy dance number at clubs, parties, and pubs across the U.S. Alex became a promising star almost overnight with social media influencers recreating his track as dance covers and back scores.

Unfortunately, the rising career of Alex soon had a setback with the onset of the pandemic. With live shows stalled and clubs closed for an indefinite period, Alex became jobless for several months until he decided to connect with his audiences through social media. He released his second single “Rebel in Me” on Spotify and YouTube in September 2020. Since then he never looked back.

Alex believes his journey has just started and he has more to offer to his audiences through music. He believes music can be a source of endless joy to otherwise unhappy people. He wants to take his talent to a global platform to be heard by more people, enthralling them with fresh and unique music.