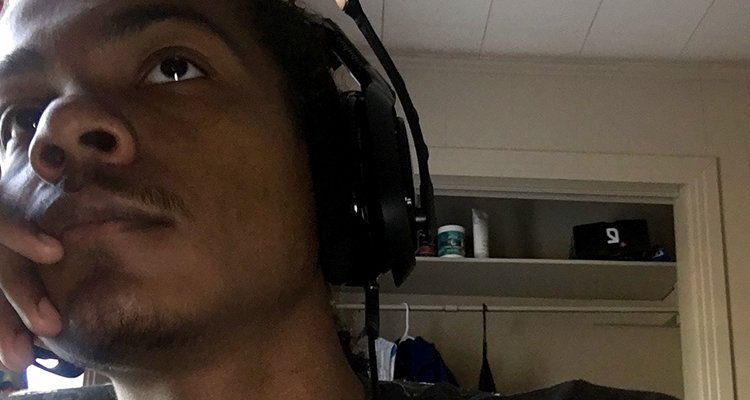 For many, music is a hobby, passion, or dream.

Then there are some for whom music is their life. Musician Brandon Delgado is one of them. For him, music doesn’t live on the sidelines in his life; it’s everything. It’s a passion that has skyrocketed Brandon in the world of music. He now has one of the most popular rising Spotify and Apple Music accounts. So, what made Brandon join the music industry? And how did he become so successful?

Growing up, Brandon did not always have the luxuries of life. His parents worked hard yet still did not earn a lot; they barely got by. However, even then, Brandon never complained. He used to look at his friends with all the latest toys, but Brandon didn’t complain. At the age of 6, Brandon’s dad bought him a small karaoke machine, and he started to pretend to sing on it. This was the start of a passion he had just discovered.

Brandon Delgado went on to do exceptionally well in school and secured a scholarship.

While at university, he would spend the nights mixing songs and making tracks. During his time at university, Brandon realized that the business course he was doing wouldn’t help him later on. He wanted to make music, and he wanted to write songs and enrich people’s lives. His moral code and ethics made him think that he could potentially be holding someone else back from using this scholarship. Taking it all into account, he dropped out.

After dropping out of college, Brandon had no plans and no money. He lived on his friend’s couch and made music for the next 6 months, hoping that something would happen. Through all these difficult times, he never gave up, neither did he regret anything.

Finally, one day, Brandon Delgado woke up to a call from a recording studio that had stumbled upon his music while looking for talent, and they hit the jackpot.

Brandon flew in from Texas to LA and signed the contract. However, the contract required him to deliver a certain number of tracks, or it would be called off. Brandon spent the next few months completely stressed. He was working as a waiter in a nearby restaurant while making music.

Brandon had to rent some musical equipment, which he would pay for when his money came in, hoping it would. There was so much on the line, and he knew that if he lost this shot, there would be no coming back. Since then, not only his first but all of Brandon’s albums have been phenomenal hits. He’s signed full-time contracts, and he has treated himself to a new house.

Brandon’s Spotify and Apple Music have gained over 500,000 listeners, and he is on the way to even more. For the future, Brandon says he wants to continue making music and enrich people’s lives. His main passion for music and to be able to have an impact for good are still there. Brandon’s hard work has taken him to where he is now, and he is only going to rise from here.