Ritchelli Rodriguez Shares His Challenges to Success in Music 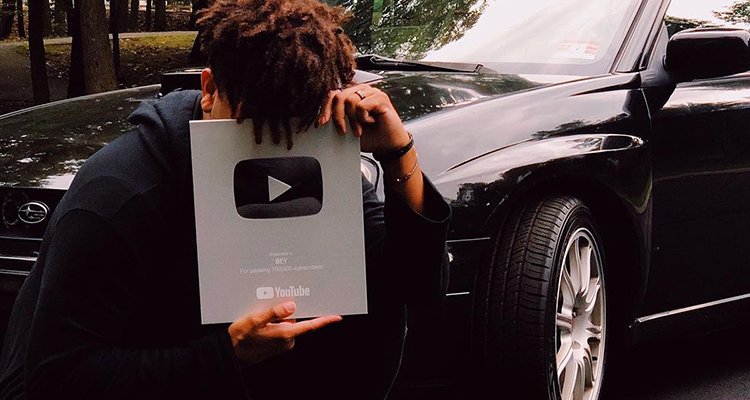 Every artist desires to launch their careers and find success in music.

Creating and establishing success in whatever field you choose is fulfilling, and that’s why some people dare to go to the extreme to make it happen. With the music scene being a highly competitive sector, the journey to success can be intimidating, especially for newbies with no viable industry network. There are a lot of factors that add up to create success, and unless you are determined, then the music scene isn’t for you.

Ritchelli Rodriguez is an up-and-coming American artist who shares his experience of overcoming numerous obstacles and challenges to establish his presence in the music industry. Ritchelli is a fast-rising artist in the music scene with his unique, thrilling sound. He is bringing back the good old sounds and fusing them with the current music trends, which results in conversant yet new and thrilling tracks that are unmatched in the scene.

Ritchelli’s exceptional music talent makes him an artist to watch out for in the coming years. He is constantly serving his fans with new releases that are keeping them glued to his sound. He believes himself to be the next big name in the American music scene and possibly to go down in history as one of the greats to ever hit the industry.

However, growing and establishing his name in the industry was not easy. The young, promising talent has faced numerous career-threatening challenges that he has always found a way past to keep his dream alive. Ritchelli says that his first few months in the industry were a tough period that almost resulted in him giving up on his passion. Luckily, music has always been all he wanted to do.

So he kept pushing and constantly fighting for what he believed in. Ritchelli says that his biggest challenge was getting someone in the industry to believe in his ability. He says that some people saw him as any other aspiring artist with nothing much to offer. But his innate talent and desire to make a mark in the industry proved to be more than enough to get him noticed. His music also proved his doubters wrong, earning him a spot in the industry.

In addition, Ritchelli often seems to be ahead of the competition in all dimensions. He invests many hours into learning from some of the greats in the scene. He draws his inspiration from a diverse array of artists, such as 50 Cent, Tupac, Bruno Mars, etc. Ritchelli finds that the messages from these artists’ inspiring stories of hard work and determination to succeed resonate with him.

His advice to everyone is to focus on your dreams and never give up on what you believe in. According to him, “There is no more significant obstacle to achieving success other than your mind.” He trusts that success in anything starts by first conquering your mind and believing in yourself. Hard work, passion, and resilience always go together because nothing comes easy in life.

Ritchelli is now focused on growing his music to more significant levels of success. He dreams of becoming a top artist in the country. He also wants to be an inspiration to millions of other up-and-coming musicians.