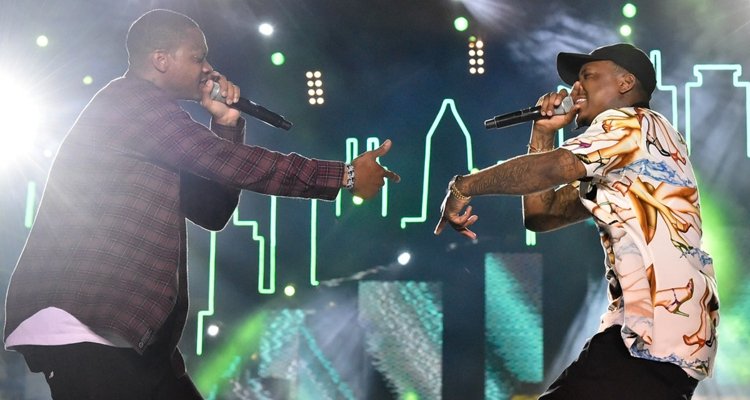 Rapper Slim 400 and was shot and killed in Inglewood on December 9 – he was only 34.

The Compton native was found on the ground after officers patrolling heard gunshots. Paramedics were called to the scene to treat the rapper before he was transported to a local hospital for care – where he later died. Inglewood police are collecting evidence and pursing witnesses for the investigation into the shooting.

Slim 400 was born in Germany and raised in Compton. He was known for songs like “Goapele,” and “Piru.” Just hours before the shooting, Slim 400 dropped a new music video for his track, “Caviar Gold.” Much like Ludacris‘ “Blueberry Yum Yum,” the track is a love letter to the cannabis plant. The rapper is no stranger to violence, having survived another drive-by shooting in Compton in 2019.

Slim 400 is survived by his daughter Parris. His latest album, “Ice Wata Army,” debuted in August. Slim 400 often worked with YG, who featured on Slim’s 2013 debut single, “Turn Up.” The two rappers are pictured singing together on stage at the MTV Music Awards.

The shooting of Slim 400 occurred just a few hours after the rapper shared a tribute on Instagram to Young Dolph. Young Dolph was shot and killed last month while visiting a bakery in his hometown of Memphis, Tennessee.

Police confirmed that Vincent Cohran, Slim 400’s legal name, was shot around 7:50 pm along the 8600 block of 7th Avenue in Inglewood. The police who responded to the gunshots say they found the rapper “down on the ground suffering from a gunshot wound.”

As of Thursday afternoon, police say no arrests have been made and the investigation is ongoing. Slim 400’s tribute to Dolph called him the first artist to show love after Slim 400 was shot nine times in 2019.

Both Slim 400 and Young Dolph survived drive-by shootings, only to die after another attempt. Young Dolph was shot at in North Carolina more than 100 times, inspiring his song “100 Shots.”