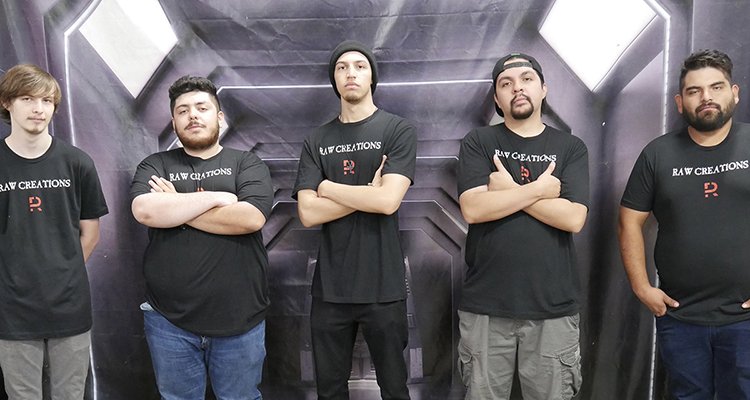 Dylan Leonte Custard is a successful metal musician and entrepreneur in the space.

Dylan is known for his educative music videos that bring awareness to serious topics like teen suicide and domestic abuse. It’s an impactful music sound that many find easily resonates with them and helps them get through difficult moments. According to Dylan, his music goals are to impact somebody else’s life positively, making it better. Dylan also runs an Esports gaming organization, Raw Creations Gaming, where he creates funny gaming and prank videos aimed at helping people get through their situations.

Meeting and working with Beyoncé’s father and former manager, Mathew Knowles, has been one of his significant moments.

“My band released our most popular song and the music video to this day, a domestic abuse awareness and prevention video called ‘Lonely Hunter’ that has amassed over 1 million views on YouTube. The song also peaked at #27 on the UK iTunes Charts,” Dylan explains.

One of Dylan’s most significant challenges in life was being involved in a car accident. It was a dreadful experience that left him in a wheelchair for two months and crutches for a further three months. Dylan considers it one of his lowest moments in life that nearly ended his career.

“I had to relearn how to walk again. Even though I couldn’t walk yet, I realized ‘the show must go on,’ and I had my band perform live in concert while I was still in a wheelchair. I think I was headbanging so hard I almost fell out of my seat. There’s an awesome video of it on my personal Instagram,” explains Dylan.

Dylan now wants people to realize that you only have one life, so you need to live it to its fullest. Be kind to others, but don’t be a pushover. The less you care about what other people think, the better. Dylan believes that life becomes a lot more fun once you accomplish that. Cut out the toxic people who may surround you because they’ll eventually drain you. Be your true self unapologetically, and try to be the best version of yourself each day. Tackle the small goals first; it’ll add up. Chances are, you know what you need to do better. So set a game plan, and do it. Whether it’s career-wise, spiritually, or anything else in life, the same rules apply because you’ll reach your goals little by little.

Dylan certainly has some major goals set in place, and he is actively working on them and slowly accomplishing them. In the near future, Dylan hopes to launch his television network on Roku and Amazon Fire TV. He also wants to shoot three TV shows on the same network, one of which will be a metal podcast show. Dylan hints that the rest will be a battle of the bands TV show where he will be the host with his band will be the judges. Dylan is also hopeful of shooting a gaming-based entertainment show with Cameron Bresett, Robert Hidalgo, Eddie Vargas, and Erich Brockmoeller, some of the prominent members of Raw Creations Gaming.