What You Need To Know About Luuk Halman, an Up-and-Coming Artist Rocking the Airwaves 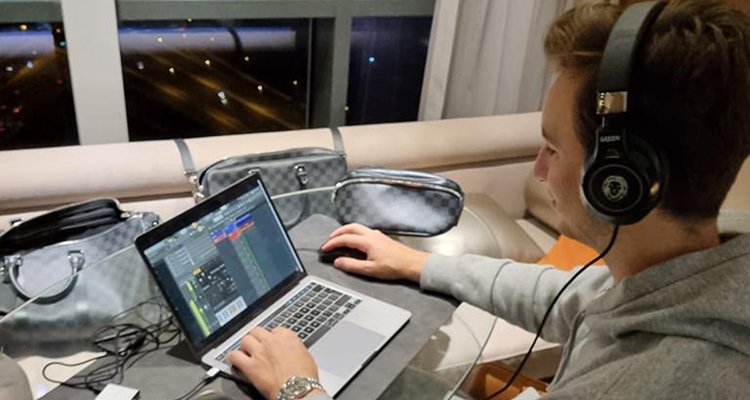 Though the music industry is highly saturated with many players, some artists share inspirational and uplifting stories that the world needs to hear.

These highly talented artists rise against all odds to chase their passion for the industry. Such artists are the true definition of resilience and persistence in going after what they believe they are best at.

Sometimes, some of these great stories don’t get decent coverage. Most of them quickly drain down the trenches, especially if the artist doesn’t blow up on the international stage. But as social media continues to connect the world, more and more artists are coming out to share their stories. This is a great launchpad for the industry as more people are inspired to face their fears and go after their dreams.

Luuk Halman is a top talented artist and a successful artist from the Asian community. In his early 20s, Luuk has already established his name in the industry as a unique talent to watch out for in the coming years. He has a profound passion for music, evident in the hard work and dedication he shows in his passion for his craft.

Luuk discovered his musical talent at the young age of seven. He was immediately intrigued by music and could hardly keep himself away from the speakers. He grew up a loyal fan of the legendary singer Bruno Mars, who has controlled the airwaves over the last two decades. Luuk loved the artist’s versatility and how he was able to deliver his songs differently. Luuk was actively involved in almost every music contest throughout his high school years. He loved to sing his soul out to express himself and communicate with his peers.

Unfortunately, his home country had no love and passion for popular music. When Luuk was growing up, there were few renowned artists from the Asian region, which meant there were not many local idols to look up to. In addition, access to a top music production facility was a challenge. His community does not invest in music, evident in the partially dormant music industry in the area he grew up in.

But despite the prevailing situation, Luuk was able to hold on to his dream. He never allowed any obstacle to get the best of him. Luuk was always looking for the next available opportunity that could help grow his passion. He would spend most of his free time writing music or listening to some of the great names in music. This helped him keep up with the industry’s fast-paced nature while redefining his style.

Luuk later moved to the US and settled in California, LA, a city that presented him with the best musical opportunities. His warm personality and innate talent made it easier for him to easily develop longstanding relationships with producers who have significantly helped him nurture his talent.

Luuk now looks forward to releasing more music and expanding his brand to other regions across the world. He also aspires to establish a record label in his mother country to help other up-and-coming artists. He believes that the Asian community can be a hub of musical talent if given the much-needed attention.