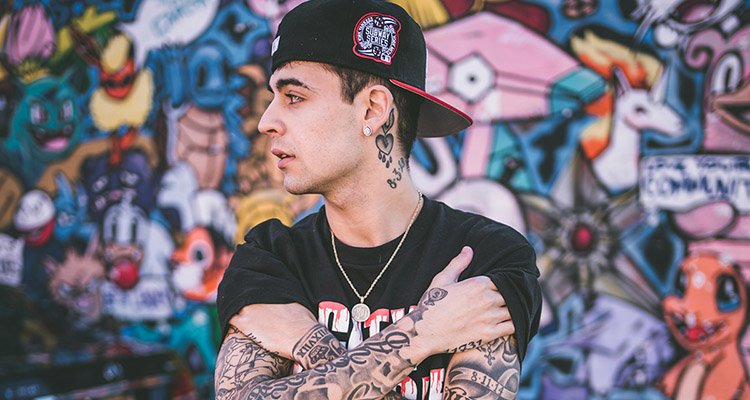 The music industry has witnessed many fresh talents making their way up over the last decade.

Thanks to the advent of social media, it’s provided every artist a platform to showcase their talent. Artists are no longer dependent on music labels or producers to launch their careers. An original talent can earn their audience through social media to develop a rocking career in the music industry. Up-and-coming rapper Lil Dawg has proved this with his hard work. This 21-year-old independent talent is making his way into the music industry with his unique take on music, which has become a huge success on social media platforms like Instagram and YouTube. Here’s his story.

Lil Dawg discovered his passion for music at the age of 9. He even made his first live performance at that age. Back then, his music was not well-received by anyone in his surroundings, who always discouraged him from pursuing music. He was told that his music sucked and that he would never be able to make it in the music industry. All the criticism and demeaning comments only made Lil Dawg more determined to achieve his goal. He took it as a challenge to pursue music and kept honing his skills.

Born and raised in a middle-class family where money was always tight, Lil Dawg knew that it would not be a cakewalk for him to penetrate the music industry. He realized that financial freedom was the key to surviving and supporting his dreams. He started working as a social media marketer with the famous marketing agency Gateway, owned by celebrity entrepreneur Carter Jamison. He became part of a winning team that has kept over 10K clients motivated. Lil Dawg helps budding artists get noticed on social media for a living and creates incredible music to follow his passion. Lil Dawg’s persistence and efforts are finally paying off, earning him numerous opportunities to perform live at many famous events.

To date, Lil Dawg has performed at more than 400 live shows. His biggest achievement as a musician is performing at the Brooklyn Unity Fest for three consecutive years. The young artist has also opened for mainstream national acts such as Mindless Behavior, Rip rapper, Chinx, Styles P, Coke Boys, and Freeway at popular clubs like Webster Hall NYC, Club Rebel, and The Emporium. Beyond that, he’s been featured on the Fox 5 NY News as a rising rapper for his unique talent.

Lil Dawg is only 21 now, but his list of accomplishments as a rapper seems to be endless. He has been awarded at the Love of Sean Talent Show as well as from the 40th precinct Community Council for National Night Out. Besides his on-stage achievements, Lil Dawg has earned wide recognition across various social media platforms. With more than 70,000 followers on Instagram and over 80,000 views on his YouTube videos, Lil Dawg is undoubtedly a music sensation on the rise online today. His fan following has also been rising and has been his biggest support to chase his dreams.

Lil Dawg feels this is just the beginning of achieving his goal, and he has more to do. He wants to create incredible raps for his audience and become a national recording and performing artist in the coming years.