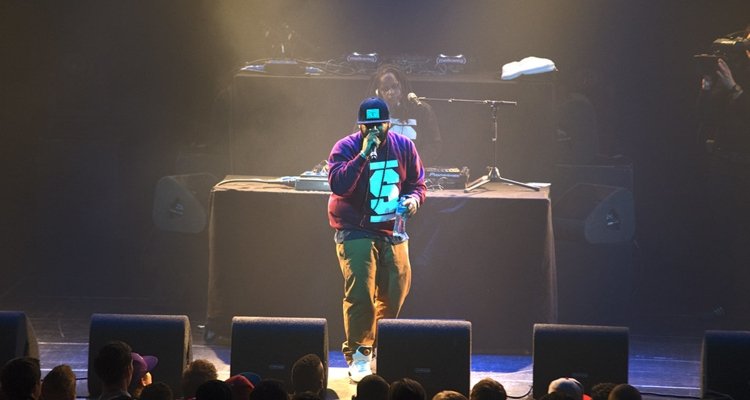 Rapper Kendrick Lamar is teaming up with ‘South Park’ creators Matt Stone and Trey Parker to produce a live-action comedy for Paramount Pictures.

According to Deadline, the untitled comedy sees a young Black man who is interning as a slave re-enactor at a living history museum discover his white girlfriend’s ancestors once owned his. Lamar and Dave Free are producing for pgLang, with Stone and Parker producing for Park County. Production for the comedy is set to begin this spring, but there’s reportedly no director attached yet.

Paramount Pictures will handle the theatrical distribution, television licensing, and will stream the Kendrick Lamar produced comedy on Paramount+.

“On behalf of Paramount Pictures and the wider ViacomCBS vamily, we look forward to ushering in the first theatrical collaboration from these creative visionaries, and galvanizing audiences worldwide around a powerful storytelling experience,” says Paramount Pictures CEO Brian Robbins.

The film is penned by Vernon Chatman, who is a four-time Emmy and Peabody award-winning writer, director, and voice actor. He co-created the cult series Wonder Showzen, Xavier: Renegade Angel, Trigger Warning with Killer Mike and Doggie Fizzle Televizzle with Snoop Dogg. Chatman has also written for The Chris Rock Show, Conan O’Brien, and Louie and has been a writer-producer on South Park for 20 seasons.

Kendrick Lamar and his business partner Dave Free established their media company pgLang in 2020. The company serves as a record label, production and publishing house. This new untitled comedy written by Chatman will be their first production under the company.

Trey Parker and Matt Stone are best known for their creation, South Park. The show is returning for its 25th season this year. Parker and Stone have also been involved with the South Park movie, Team America: World Police, and the Tony-winning Broadway musical, Book of Mormon.