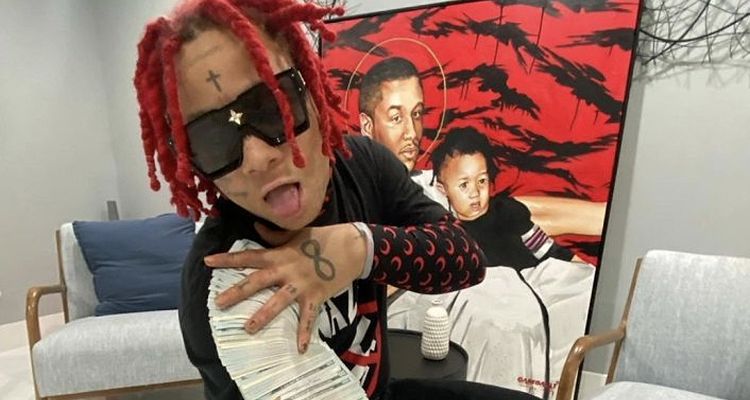 Rapper Trippie Redd took to Instagram to brag about a $30 million, three-album deal with 10K Projects. Now more details about the deal have surfaced.

Trippie Redd was one of the first signings for 10K Projects, releasing his debut album in 2017. In five years, he’s released four studio albums, six mixtapes, 8 EPs, and nearly three dozen singles. He’s also amassed 15 Platinum and 8 Gold Certifications from the RIAA along the way.

“We launched 10K Projects as a label where artists have complete creative freedom and the support to realize their vision,” says 10K Projects Founder and CEO Elliot Grainge.

“Trippie Redd has thrived under these conditions, releasing a lifetime’s worth of music in just five short years and becoming a singular voice in contemporary music. I know I speak for everyone at the label when I say I am so honored and humbled to be able to continue our extraordinary partnership with Trippie for years to come,” Grainge adds.

Trippe Redd adds: “Elliot signed me when I was 16. From the start, he’s always pushed me to do everything on my own terms, which is the most important thing to me. I’m grateful to have had him as a partner for this long, and I’m excited to make more hits with 10K and keep growing together.”

Trippie Redd released his highly anticipated single, “Miss The Rage” ft. Playboi Carti in May 2021. It peaked at #11 on the Billboard Hot 100 charts and received its Platinum certification in December. Trippie Redd also dropped a new project called Trip At Knight, which features JuiceWRLD, XXXTentacion, Lil Uzi Vert, Polo G, and many more. It debuted at #2 on the Billboard 200 chart when it came out in August 2021.

On Trippie’s Instagram post, he claims the deal is a three-project, three-album deal. He also revealed that he charges between $250,000 to $400,000 for live shows. Trippie says his forthcoming album, A Love Letter To You 5, is expected to drop sometime this year. His Trip At Knight tour kicked off last year and runs through July 2022.