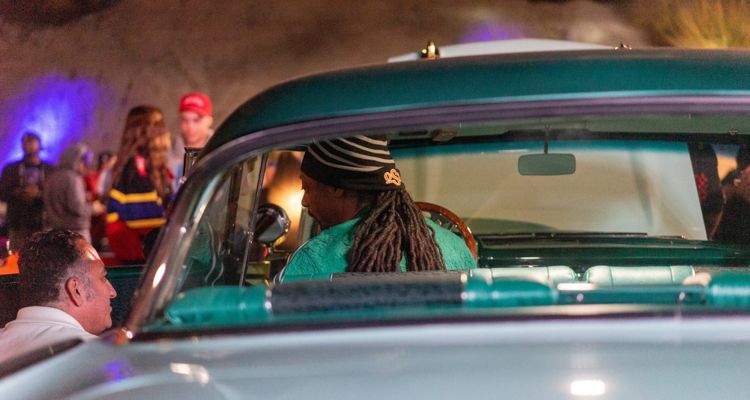 Death Row Records albums like ‘The Chronic‘ are missing from streaming services. Is Snoop Dogg going full bore on NFTs?

“I just might sell ‘Nuthin’ But a G Thang’ next month,” the rapper teased. The lead single from Dr. Dre’s 1992 solo album The Chronic peaked at #2 on the Billboard Hot 100 chart when it dropped. All new Death Row Records releases will be NFTs, but it’s sounding like classics are headed that way, too.

Snoop Dogg bought Death Row Records brand and catalog back in February. Since then, the crypto enthusiast rapper has promised to make Death Row the first label on the blockchain.

“Death Row Records is the first major label to be an NFT label, creating content where people can actually own and trade. We dropped a mixtape last month and it did a great thing for us as far as communicating, getting us in the community, and engaging with a lot of artists that had no foundation for a platform,” Snoop Dogg says in his chat with Ice Cube.

“It also showed us that this community is in dire need of great music, and that’s what we plan on doing,” Snoop adds. “We plan on bringing great music and great artists. This is what Death Row is all about, trying to expand and take it to new regions.”

Snoop Dogg also confirms that Gala Music will be the exclusive place for Death Row in the metaverse. “We plan on giving people access to buying and trading some of these classic songs, classic records that were the foundation of Death Row and along the lines get these new records,” Snoop says.

But not everyone agrees with Snoop’s vision of the future. Dr. Dre’s attorney refutes the claims that Snoop Dogg has any control over The Chronic album. “There are false reports out there regarding ownership by Death Row of Dr. Dre’s The Chronic. Dr. Dre owns 100% of The Chronic,” his lawyers statement reads.

Snoop Dogg says Tupac’s masters went back to his family last year. “But I got a great relationship with his estate, and I’m pretty sure we’re going to be able to work something out to continue some Death Row Tupac business now that Snoop Dogg is in control,” the rapper says.