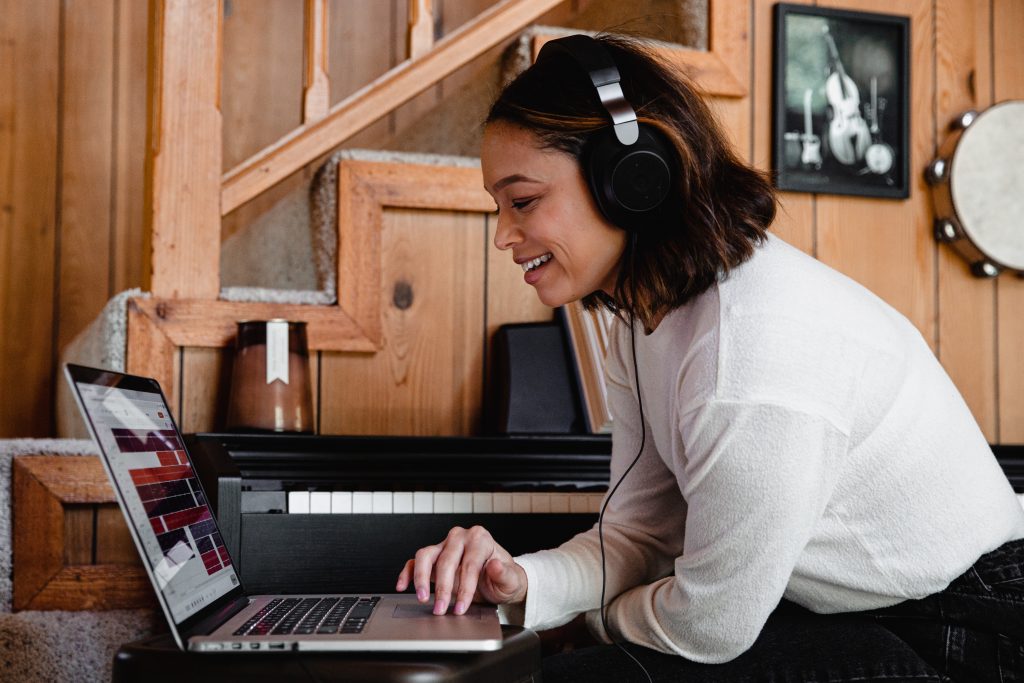 The main thing that will make mixing easier for you is practice. There’s no getting around it. You have to put in your 10,000 hours. However, there are some tips that can help make your practice more efficient and your skills improve faster. Here are five of those tips…

A Nice Pair of Monitors

Technically, you can mix an entire song on headphones (I’ve done it). It’s not the best idea, but with some finagling, you can do it. You just have to listen to the mix on as many sound sources as possible, make sure it sounds good in mono, and play the mix for other people.

But ideally, you need a decent pair of studio monitors. You can hear more clearly. It’s more realistic because you hear it with room sound. And using monitors causes less ear fatigue than headphones, which helps you hear frequencies you might otherwise miss. It can help to mix with both monitors and headphones. But if you can only choose one, choose monitors. Your mixing experience will be way easier.

I currently use the PreSonus Eris E5 monitors. They sound great and are affordable compared to other monitors.

You’ve probably heard people say, “Just use your ears!” It sounds like a cop-out answer, but it really is the truth. Listen to your song before you start correcting things. Does it have too much low-end? Is it muddy or tinny? What elements are too loud or too imperceivable?

Listen first. Then correct or enhance as needed.

Use a Reference Track

Using a reference track means you listen to a professional mixed and mastered song and use it as a guide for your mix. You can even use a couple of different tracks. Maybe you like the snare sound from one song and the vocal mix of another. Listen to the professional song through the monitors and/or headphones you’ll be mixing with and try to get those same sounds in your track.

I have not used this tip as much as I need to. But when I do, it’s amazingly helpful. It makes mixing so much easier. For a full walkthrough on using a reference track, check out this post.

When you use a bus (or “aux”) channel in your DAW, you’re sending a copy of the audio from one channel to another channel. And then you apply an effect to the second channel, the one where the first channel(s) is being sent. The reason this makes mixing music easier is that you can apply the same effect to multiple channels at once and adjust the parameters at once.

For example, let’s say you have a bunch of layers of vocals and you want to apply the same reverb to all of them. But you don’t want to add reverb to each channel individually ‒ that would take forever. Plus, if you wanted to change the settings for the reverb, you’d have to do so on each channel separately.

If you want to learn how to start bussing in your DAW, check out this post.

This has been the most helpful thing I’ve done for my mixing knowledge and skills. I’ve been fortunate enough to have an engineer friend who’s given me tons of feedback on my self-mixed tracks. Through his feedback alone, I’ve learned so much.

So try to find a talented mixing engineer who is willing to give you feedback on your mix. Try networking to find this person, then see if they’re willing to barter something (ex. you promote their services in exchange for giving you mixing feedback). If you can afford it, there are people who offer that as a service. At the very least, ask your fellow musician friends for mix feedback.