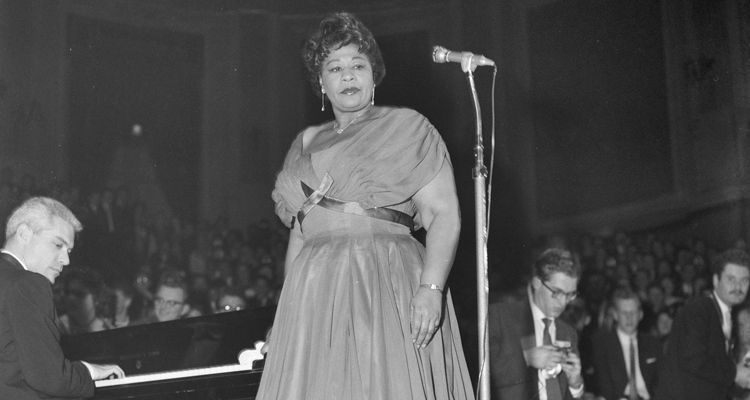 Acoustic Sounds, Verve/UMe’s analog-only vinyl reissue series, announces their scheduled releases for 2022. In its third year, the series will focus on some of the label’s best-known jazz albums released between 1956 and 1966.

Ella Fitzgerald and Louis Armstrong’s timeless duets album, Ella & Louis (1956), will release on July 15, and Ella & Louis Again (1957) will follow on September 16. Oscar Peterson’s We Get Requests (1964), featuring his versions of the era’s biggest songs, will drop on August 19.

Roy Haynes’ Out of the Afternoon (1962) will be out on October 14, with Pharoah Sanders’ Karma (1969) to follow on November 11. The 2022 series will finish on December 2 with Oscar Peterson’s Night Train (1963) to celebrate the 60th anniversary of the December 1962 recording of his featured “Hymn to Freedom.”

Like all Acoustic Sounds releases, the albums will be stereo remastered from the original analog tapes by Sterling Sound’s Ryan K. Smith. Pressed on 180-gram vinyl, all LPs will be packaged in high-quality jackets replicating the original packaging of each release. Launched by Acoustic Sounds CEO Chad Kassem, Quality Record Pressings will oversee production.

“After reissuing more than 1,000 releases, we’ve built a reputation for producing only the highest quality LPs,” said Kassem. “We’re proud that Verve selected us for their Acoustic Sounds series and to create these definitive Impulse! and Verve records. We started with the very best all-analog audio sources; worked with the top mastering engineers; best jacket manufacturer and used one of the world’s best pressing plants, Quality Record Pressings, resulting in the best pressings of these albums that you’ve ever heard. If you love Verve and Impulse! as well as the seminal artists and albums these labels produced, you’re going to want to add these records to your collection.”