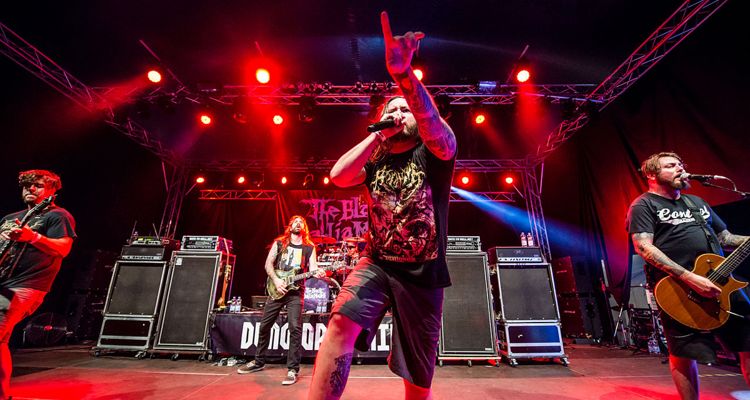 Trevor Strnad, founding member and lead vocalist of the melodic death metal band The Black Dahlia Murder, has died. He was 41.

Strnad’s bandmates broke the news of his death on social media. The band confirmed no cause of death, but they included the contact information for the National Suicide Prevention Lifeline in their statement.

“It is with deep sadness that we announce the passing of Trevor Scott Strnad,” the band wrote. “Beloved son, brother, and Shepard of good times, he was loved by all that met him. A walking encyclopedia of all things music. He was a hugger, a writer, and truly one of the world’s greatest entertainers. His lyrics provided the world with stories and spells and horror and whimsy. It was his life to be your show.”

Named for the unsolved gruesome 1947 murder of actress Elizabeth Smart, the metal group formed in Waterford, Michigan, in late 2000. After a series of independent EPs, The Black Dahlia Murder signed with Metal Blade Records in 2003. All nine of the group’s studio albums, including their most recent, 2020’s Verminous, were released under Metal Blade Records.

Brandon Ellis, the band’s guitarist, said on Instagram, “I can not even begin to process this… In total shock and disbelief. It has been my greatest honor to spend the last six and a half years in a band with this absolute icon and legend.” He continued, “This man changed my life and believed in me more than I do myself. I can not believe there will be no more laughs had, songs written together, or stages decimated with Trevor at the helm. I hope he knew how much he was loved the world over.”

Numerous names in the metal scene shared tributes to the vocalist on social media, including Connecticut deathcore band Shadow of Intent, who wrote, “Trevor believed in us early on when not many people did, his band took us on our first full US tour.” Their statement continued, “He loved music so much and undoubtedly left a huge legacy on metal as a whole.”

The Black Dahlia Murder had plans to tour throughout the year, including a May 20 performance at the Welcome to Rockville festival in Daytona Beach, Florida.