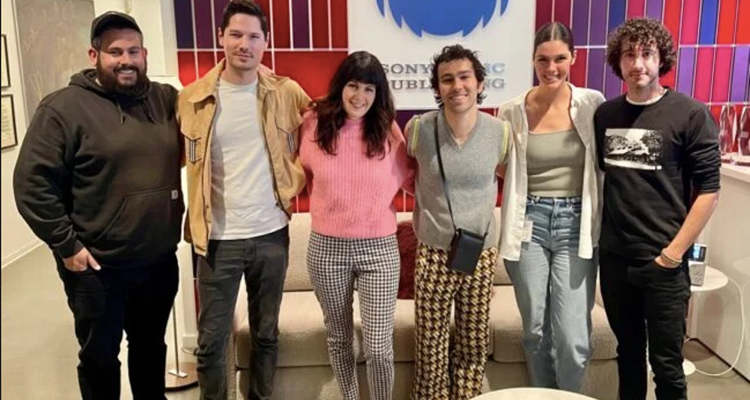 Sony Music Publishing has announced it has inked a global administration deal with BTS songwriter Max.

“The first time I met Jenn and the team I felt their passion and excitement immediately,” says Max of the deal. “They were on board with my vision and I’m so looking forward to bringing it to life with them.”

Max co-wrote the upcoming BTS single, “Yet To Come.” His song “Blueberry Eyes” features BTS member Suga, and he has also appeared in one of Suga’s hits, Agust D’s “Burn It.”

“Max’s versatility as a writer is one of his most unique assets,” says Manager Evan Winiker. “He has genuine ability to write with an artist and have it feel authentic to their world, then the next day to go in on his own project and be right back in his space.”

Max’s most recent single, “Gucci Bag” was co-written by new signee Cody Dear. “We are so excited to welcome Cody as the first publishing signing to the Colour Vision family. He’s one of the most talented humans, instrumentalists, and songwriters I’ve ever had the pleasure to work with,” adds Max. The Colour Vision publishing company also consists of consultants Ryan Siegel and Joel Shackelford.

Just a few days ago, Sony Music Publishing also signed a global deal with songwriter Ashley Gorley. That agreement encompasses all of Gorley’s catalog of works, including future compositions. Gorley is widely known for his catalog of #1 singles and has written over 400 songs for artists like Luke Bryan, Carrie Underwood, Thomas Rhett, Blake Shelton, Dan + Shay, Bon Jovi, Weezer, and many more.