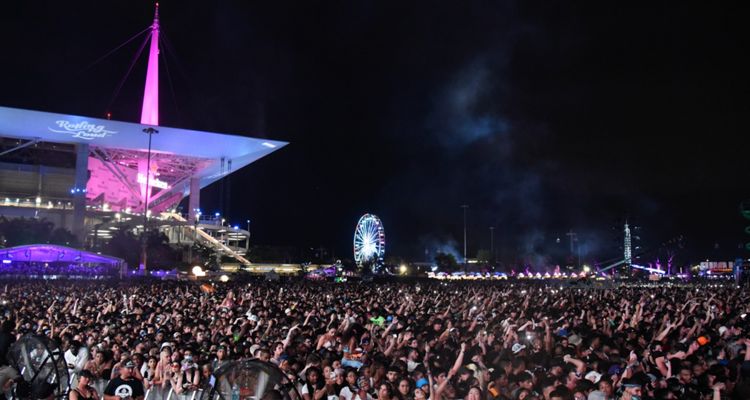 Travis Scott is facing a new lawsuit over allegedly provoking a stampede at Rolling Loud Miami 2019.

The lawsuit was filed by against Rolling Loud organizers in 2020 by Marchelle Love. Travis Scott as a defendant was added to the lawsuit last month after Love says she experienced severe injuries during the May 2019 concert.

Love’s attorneys say that police rushed backstage shortly after Travis Scott began his set. They demanded he shut down the unruly and unsafe concert, but Scott ignored those pleas and continued with the festival.

“Despite his being ordered by the authorities to cease his continued incitement of the crowd, Travis Scott continued to verbally and physically incite the crowd to engage in a mosh pit and other hazardous activites,” her attorneys argue.

“Despite the fact that Travis Scott was aware of and could clearly see concertgoers being injured, suffocating, losing consciousness, fighting, and being trampled, he continued his performance while authorities were forced to attempt to render aid to injured concertgoers.”

Lawyers for Travis Scott provided a statement to Billboard calling the lawsuit a “cynical attempt to attack Travis” over a “three year old incident that is deliberately misrepresented.

“As even the complaint makes clear, this incident was related to a false report of a shooting mid-show, completely unrelated to Travis’ performance,” Scott’s representative continues. “This cheap opportunism is based on a blatant lie that’s easy to detect. And it is particularly telling that this plaintiff’s lawyer didn’t even assert a claim against Travis when he originally filed the complaint on behalf of his client more than two years ago, in four prior versions of that complaint.”

The new legal document includes a photo that allegedly shows Scott interacting with police officers. Scott’s representatives allege the images were taken when police were informing Scott of the false shooter report. Also named in the lawsuit is Sequel Tour Solutions, a contractor that provided security and crowd management services for Rolling Loud. SLS Consulting is also named as the engineering company that created the safety plan for the event.