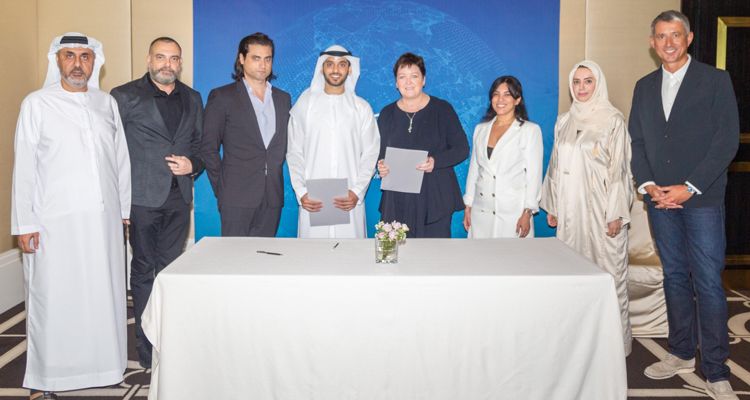 IFPI and the Ministry of Economy (MoE) of the United Arab Emirates signed a landmark Memorandum of Understanding (MoU) to support the continued growth of the UAE’s recorded music presence.

The agreement is the first of its kind for the region. It outlines the groundwork for the MoE, the International Federation of the Phonographic Industry (IFPI), and its associated record companies operating in the UAE to come together, promote and protect music and its value, support local artists, and develop a sustainable music ecosystem in the UAE.

Abdulaziz Al-Nuaimi, Assistant Undersecretary for Commercial Affairs at the UAE Ministry of Economy, says of the MoU, “There’s a saying that the future has already happened, unfolding one day at a time. We believe the partnership with IFPI and its members shall unfold the music industry future the same way, as each day passes. Among other areas included in the MoU, collective management is only the beginning to fuel the economic potential of the UAE’s and the region’s creative economy.”

Outlined in the MoU are several ways the MoE, IFPI, and record companies operating throughout the UAE will collaborate, such as sharing relevant information and data, creating a copyright framework that adheres to international standards, and enforcing the rights of record producers.

Frances Moore, IFPI Chief Executive, added, “This is a very exciting time for the music industry in the UAE and the MoU is an important next step to ensuring its future growth. We are looking forward to working closely with the Ministry of Economy in a number of areas to support the development of the industry in a way that is sustainable for the long term. Our priority is to develop an official music licensing company that will license the use of recordings for broadcast and public performance under UAE law.”

The Memorandum was signed at IFPI’s Global Main Board meeting, held this month in Abu Dhabi. Senior executives from IFPI and global record companies, both leading and independent, discussed the rapidly growing and evolving music industry in the Middle East and North Africa (MENA). Market revenue for recorded music in the MENA region saw 35% growth in 2021 — more than 95% of it from streaming — making it the fastest growing region globally.

Rawan Al-Dabbas, IFPI’s Regional Director, Middle East & North Africa, concludes, “This marks a really important moment that will drive the development of a strong environment for recorded music in the UAE and support the next generation of artists here.”