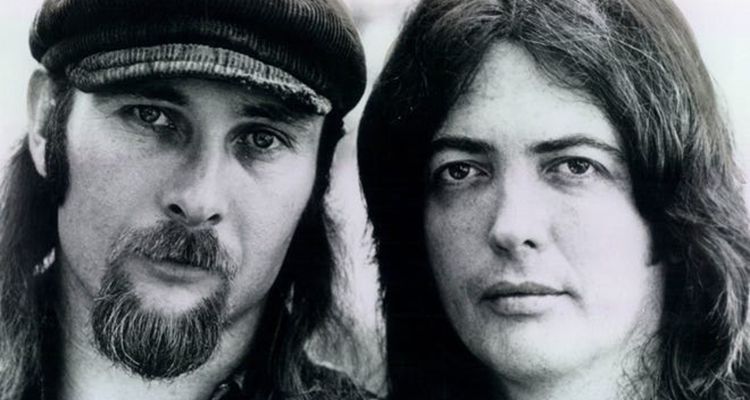 Jim Seals of the ’70s soft rock duo Seals and Croft is dead at age 80. No immediate cause of death was given.

Several friends and relatives confirmed the singer’s passing on social media. “I just learned that James ‘Jimmy’ Seals passed away,” shared his cousin, Brady Seals. “My heart just breaks for his wife Ruby and their children. Please keep them in your prayers. What an incredible legacy he leaves behind.”

Seals and Crofts helped mold the ’70s soft rock genre with Seals’ lead vocals. None of their hits ever reached the top of the charts, but both “Summer Breeze” and “Diamond Girl” reached #6 on the Billboard Hot 100. Their 1976 hit “Get Closer” with Carolyn Willis also reached #6 on the Hot 100. Seals and Crofts broke up in 1980 and had a few reunions peppered through the ’90s and early 2000s.

Seals and Crofts released just one album after their initial ’70s run called Traces in 2004. The duo never went on any kind of tour together and Variety reports both men seemed to have no interest in chasing fame after their stint in the limelight. John Ford Coley shares his thoughts about Jim Seals’ death on Facebook.

“I spent a large portion of my musical life with this man,” he begins. “He was Dan’s older brother, (and) it was Jimmy that gave Dan and me our stage name. He taught me how to juggle, made me laugh, pissed me off, encouraged me, showed me amazing worlds and different understandings on life, especially on a philosophical level.”

“We didn’t always see eye to eye, especially as musicians, but we always got along and I thought he was a bona fide, dyed-in-the-wool musical genius and a very deep and contemplative man. He was an engima and I always had regard for his opinion,” Coley continues.

James Eugne Seals was born in 1942 to Wayland Seals and his wife, Cora. His father worked as an oilman and Seals spoke of growing up and seeing oil rigs everywhere in Iraan, Texas. Seals shared he became transfixed by a visiting fiddler and his father ordered him an instrument from a Sears catalog when he was a young boy. He won a fiddle division contest in 1952, while his father won in the guitar category. His little brother Dan took up the stand-up bass.

Seals later took up playing the saxophone at age 13 and began playing with a local band called the Crew Cats in 1955. He joined up with Dash Crofts who was two years older than him, inviting him to join the Crew Cats. In 1958, an offer to join the Champs came after the smash hit, “Tequila.” Both Seals and Crofts stayed with the Champs until 1965, when they struck out to Los Angeles.