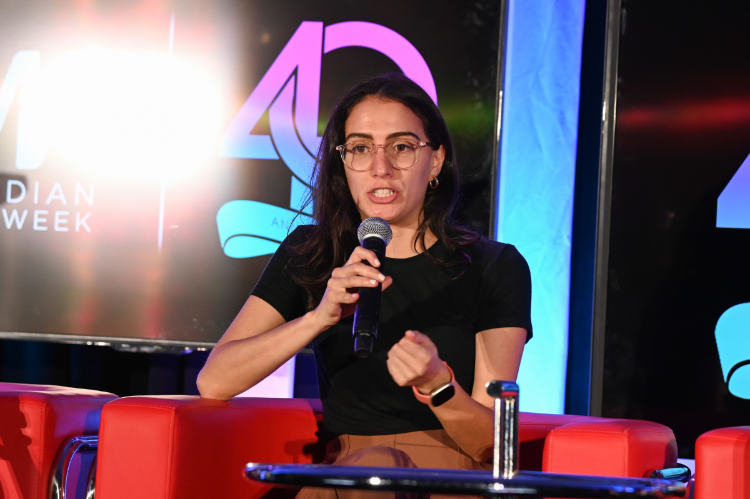 As TikTok bidding frenzies continue, perhaps a pause is in order. After all, what is the music industry really chasing here? Sadly, ‘long-term sustainable career-building’ isn’t on the tip of anyone’s tongue at the moment.

Earlier this year, Big Machine Label Group topper Scott Borchetta sharply criticized the rush to ink TikTokers to lucrative label deals — simply by pointing to the lackluster results. “Not any of those [TikTokers] that got signed to big deals have worked,” Borchetta bluntly assessed, while urging others to consider the difference between “a moment” and longer-term success potential.

Others are also saying it out loud. On Wednesday, Warner Music Group Canada Director of Commercial Revenue Alex Bellissimo more broadly questioned the industry’s obsession with spiking numbers and stream counts. Bellissimo is actively working TikTok and other platforms at Warner Music Canada, but seemed focused on identifying authentic engagement instead of the latest trending dance.

Perhaps it all dials back to the age-old truism — it’s the quality of the music. Just one problem: new artists are increasingly competing with high-quality older artists and older releases.

That could be a track released two years ago (like Glass Animals’ “Heat Waves”) or thirty-seven years ago (in the case of Kate Bush’s late-exploding “Running Up That Hill”).

“The volume now is just completely overwhelming,” Bellissimo continued. “Not only are there so many new releases, but the rise of catalog is now infiltrating how much time is spent on new releases. So you’re not only competing with what’s coming out that’s new, you’re also competing with what is trending and coming that’s been sitting dormant for a while.”

“For me, it always still is fundamentally about the quality of the music. You have to have a good song. I don’t think that has ever changed.”

Meanwhile, attempts are afoot to quantify the successes — or lack thereof — of a bevy of TikTok viral breakouts.

A recent Vox investigation on the matter is certainly worth watching, though tracking post-TikTok trajectories are difficult. And it’s probably too early to truly understand the broader impact of TikTok on music careers and the music industry.

Perhaps TikTok viral moments are better viewed as a beginning, an initial spark but certainly not a bonfire. In reaction to the investigatory Vox piece, Bob Lefsetz encapsulated the obvious by noting, “a viral video is only the first stepping stone, far from the cherry on top.”