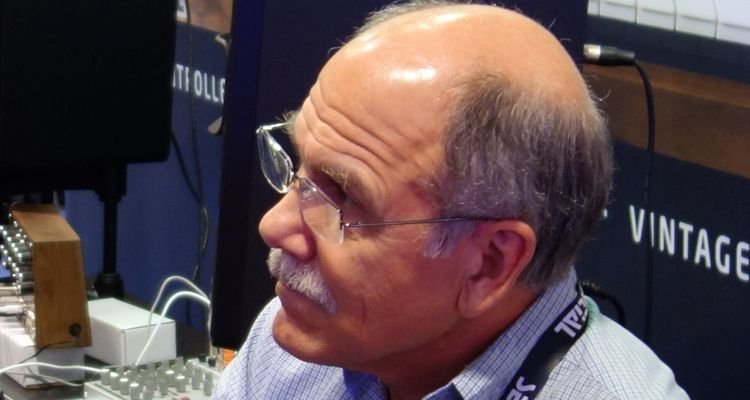 His passing comes as the result of complications following a heart attack, says Smith’s wife Denise, with whom he lived in St. Helena, CA. He had been in Detroit to attend the Movement Festival from May 28 to May 30 and died in a hospital on May 31.

“We’re heartbroken, but take some small solace in knowing he was on the road doing what he loved best in the company of family, friends and artists,” says a statement from Smith’s company, Sequential.

Dave Smith collaborated in the early 80s with Ikutaro Kakehashi, the founder of the instrument company Roland, to develop MIDI (Musical Instrument Digital Interface). MIDI is a format allowing computers and instruments from diverse arrays of manufacturers to communicate, enabling countless audio possibilities.

The Prophet-5 conquered the significant shortcomings of early synthesizers like the ARP and Moog, which could only generate one note simultaneously. Smith’s design used microprocessors to control synthesizer functions, allowing it to play five notes at once and store settings in memory, both revolutionary functions for the time.

Keyboard manufacturers in the 80s started to incorporate microprocessors, but each company developed its own, primarily incompatible interface. Smith worked with Sequential Circuits engineer Chet Wood to present a paper at the Audio Engineering Society convention in 1981 proposing a universal synthesizer interface.

Four Japanese companies (Kawai, Korg, Roland, and Yamaha) were willing to work with Sequential Circuits on a shared standard, leading Smith and Kakehashi to develop what would become MIDI. In 2013, Smith and Kakehashi shared a Technical Grammy Award for their work, 30 years after its introduction.