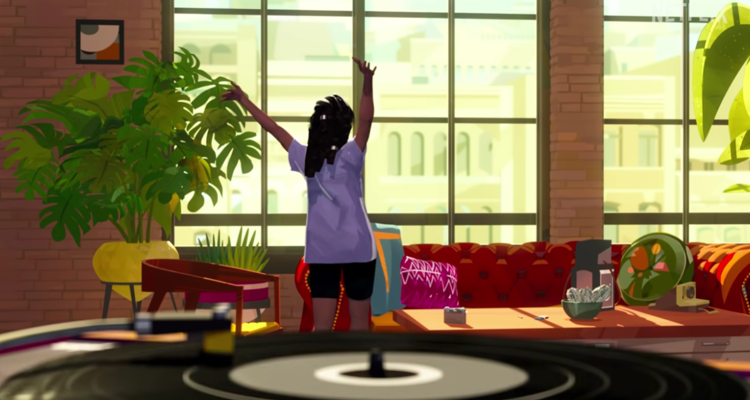 Netflix has released a trailer and the entire voice cast of Kid Cudi’s animated special, Entergalactic. The upcoming special comes as a story idea collaborated between Kid Cudi and Kenya Barris.

Entergalactic is the story of a “young artist named Jabari as he attempts to balance love and success. Finding the latter brings Jabari a step closer to the former, when moving into his dream apartment introduces him to his new neighbor, photographer it-girl, Meadow.” The synopsis continues, “An explosion of art, music, and fashion, Entergalactic takes place in the only city that can handle all three: New York.”

Though best known as a rapper, singer, and producer, Kid Cudi is well-established as an actor. His first venture into acting came in 2009 in HBO’s How to Make It in America. In 2011, he starred in the Shia LaBeouf-directed short horror film Maniac alongside rapper Cage.