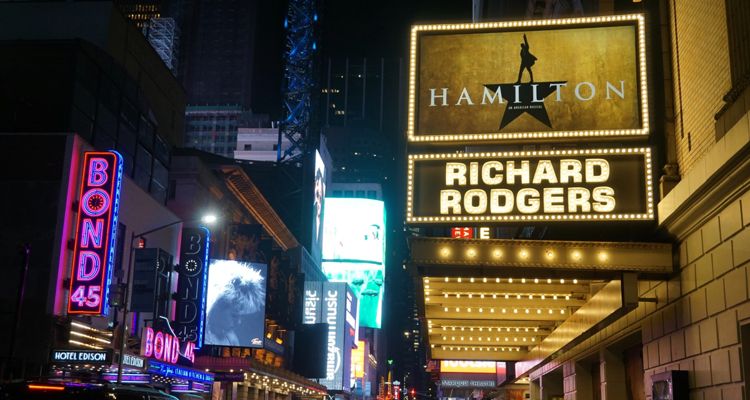 Broadway will drop its mask requirement starting in July, according to The Broadway League.

The owners and operators of all 41 Broadway theaters in New York City have agreed to keep the mask requirement in place for the rest of June. Starting July 1, each theater will adopt a ‘mask optional’ policy going forward. Audience members are still encouraged to wear masks while indoors, but it is no longer a requirement.

The Broadway League says masking requirements will be evaluated on a month-to-month basis going forward.

“Millions of people enjoyed the unique magic of Broadway by watching the 75th Tony Award Ceremony recently, says Charlotte St. Martin, President of the Broadway League. “Millions more have experienced Broadway LIVE in theatres in New York City and throughout the U.S. since we reopened last fall. We’re thrilled to welcome even more of our passionate fans back to Broadway in the exciting ’22-’23 season that has just begun.”

Broadway went dark in March 2020 as the COVID-19 restrictions gripped the United States. The first shows didn’t return to theaters until 18 months later, with vaccine and mask mandates in place to help manage infection rates. Vaccination checks for audience members were dropped on April 30, 2022. According to attendance figures, the group of theaters hosted around 240,000 people in its audiences for the week ending June 12.

Broadway theaters imposed a vaccine mandate before New York City did the same for restaurants, bars, and other indoor gym performances. They also maintained vaccine checks long after the city itself dropped those requirements for other indoor venues. Mask wearing became part of the theater-going experience in 2021 and into 2022.

Employees wielding signs reminding patrons to mask up while in the audience are a regular occurrence. Reminders to wear masks were also added to the usual pre-show announcements about turning off cell phones and banning photography. Theaters even opened without food and drink during the first few months to encourage patrons to continue to wear their mask.