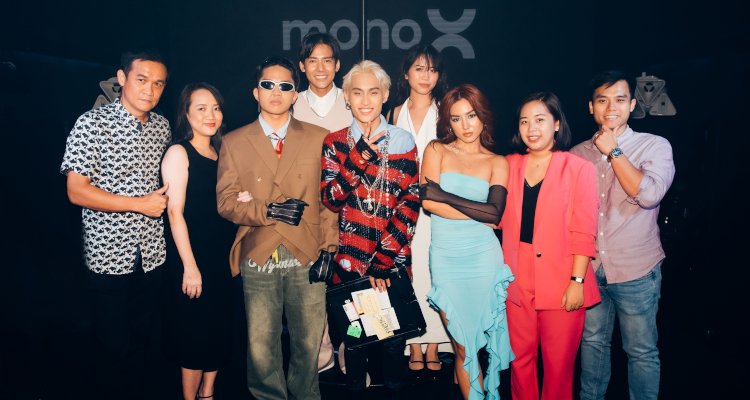 Universal Music Vietnam and eight-year-old METUB announced the rollout of monoX via a formal release this morning, following a press conference in Ho Chi Minh City. Higher-ups have billed METUB as “the leading creator economy platform in Vietnam,” and the service’s website elaborates upon a goal of helping “creators turn their passion into a sustainable career by growing their fanbase.”

Back to the debut of monoX, though, the involved companies made clear that their “pioneering label collaboration” will look to “serve as a crucial linchpin between finding, developing and introducing new Vietnamese artists into the spotlight.”

Driving the point home, Universal Music Group Vietnam and METUB indicated that “monoX is fueled with ambitions to break new artists and connect to people and fans around the world with its music.” The just-unveiled label also detailed a trio of signings – Wren Evans (whose debut album will drop during July’s final days), Evy, and Daisy – during the aforementioned press conference.

Addressing the development in a statement, METUB CEO Phuong Ha said in part: “With this co-operation between METUB and Universal Music Group, we hope to build a home for Vietnamese artists where they can enjoy a world-class music industry value chain with local insights and an extensive network. At METUB, we are able to discover new talents at a very early stage of their career and certainly, monoX Label will continue to help us to turn their passion for music into a successful artist career.”

The arrival of monoX represents one of many efforts (from the major labels, streaming giants, and others) to bolster operations in quick-expanding music markets.

Just yesterday, for instance, Spotify revealed that 24 percent of its monthly active users had resided in “Rest of World,” including Asia and MENA, as of June 30th. The figure marks a four percent year-over-year increase. Similarly, Universal Music Group posted a 10.2 percent recorded music revenue jump in Asia during 2022’s opening half, generating €476 million in the continent – or well over the combined totals of Latin America and Rest of World.