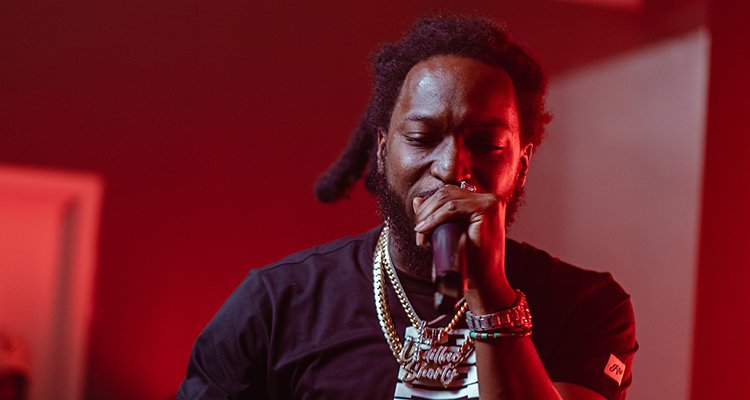 Artists are largely known for living flashy lifestyles that many can only admire. Their lifestyles also influence their music, but contrary to widespread belief, many of these artists don’t live what they sing or rap.

But also, there are a bunch of innately talented artists who share real life experiences through their music. These artists leverage their art to speak out about issues affecting society, and you can never settle on a better example of such a talent if not the Habitual Hustler.

Born in Miami, the Habitual Hustler, known by his stage name Cadillac Shorty, is cementing his position as one of the top talents in the state. Cadillac is a talented artist and influencer making his mark in the entertainment industry. Music has been part of his life since he was a child surrounded by some of the industry’s biggest names.

The sensational talent has served the industry with numerous classics, including his recent release “Habitual Hustler 2,” which is already gaining millions of views across various platforms. Besides this, his first video gained over 5 million views, placing him on the hip-hop top block. Cadillac Shorty’s other notable career highlights include winning the video of the year at the Best in Florida awards.

Receiving these awards has opened multiple opportunities for Cadillac, including performing at the 2nd annual Forgiato Fest alongside other top hip-hop names, including Currency, Meek Mill, Stally, Ball Greezy, Brisco, Briana Perry, and others. Cadillac has also performed his single “No Visits,” featuring Billy Blue, at Papa Keith’s People Matters fest. The rapper has also done radio interviews with the two biggest stations in Miami, 99 Jamz and 103.5 The Beat.

Self-doubt is a problem that almost everyone experiences at least once in their careers. Unfortunately, it is also one of the most significant barriers to achieving your goals. Cadillac Shorty terms his biggest challenge being battling self-doubt. “The biggest hurdle I’ve faced is feeling like I haven’t done enough,” says Cadillac.

This was evident in his early career days, but no matter how low he felt at times, he has always found the energy to keep going.

Cadillac Shorty also overcame this by focusing on his career and ignoring the many naysayers. Surrounding himself with people who believed in his dream has also played a significant role in helping him push the limits to more success.

Cadillac’s success and ability to overcome every hurdle in his path make him believe that everyone has the potential to bring their dreams to life. Your circumstances or where you grow don’t matter. The key is to set the goals and work hard to bring them to life. Also, never give up.

“I’ll say keep going no matter what—the sun always shines after it rains. If you can learn anything from me, it’ll be to do it now,” Cadillac advises.

A born winner, Cadillac wants to continue releasing more content and music and hopefully dominate the entertainment scene. He envisions becoming an entertainment icon with a global fan base and world tours. For now, the focus remains on continually perfecting his craft to be a better version of himself every day. Being a young artist also provides him with the opportunity to set more realistic dreams and the chance to bring them to life.