About Kings Wrap-Up European Tour: Where to Next? 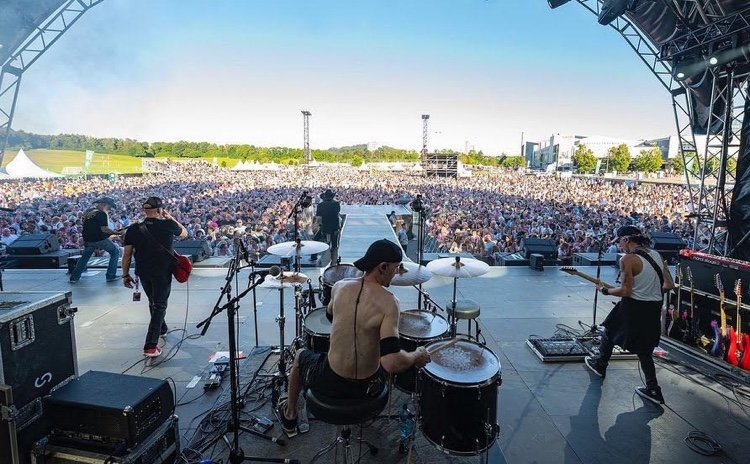 About Kings, a European rock country band, has just wrapped up its European tour. The question on everyone’s mind is, will About Kings head back home for another tour, or are they heading to another continent?

One thing is certain: Europe loved them. Their shows were sold out in each city they visited, and there was never an empty seat in the house. With tickets selling out quickly wherever they go, European fans seem desperate for more of their performances. Fans who witnessed the fabulous band’s last shows in Europe reported that About Kings was incredible, and they wouldn’t mind having a repeat performance. Many said About Kings had lots of energy and were absolutely fantastic on stage.

So what’s next for the band?  While most people at the show were hopeful that this wasn’t goodbye but rather “see you later”, the band seems to think it’s time to spread the love to their millions of fans worldwide. The group’s lead vocalist and guitarist, Mario Barth, helped About Kings develop their Euro and Country rock sound, so one would think that Europe and America would be their only markets.  However, with venues around the world reopening, they may find themselves with an opportunity to entertain fans in Asia. With the new popularity of American country music  on the rise in countries like Korea, Singapore, Thailand, Bali, and India, it may make sense to finally perform live for their South Asian supporters.  Based on their European tour numbers and trends in rock music, About Kings could easily have a fan base of over 1M supporters in India alone, and many fans feel this would be a perfect destination for their next tour.

With their latest hits, “It’s Alright” and “Can’t Drink You Gone,” still fresh in the minds of fans everywhere, and the group releasing their long-awaited first English album internationally this year, this is the perfect reason for the team to meet its global audience. A trip abroad can popularize the band’s hits even more in Asia and undoubtedly increase their fan base. If European fans are to be believed, the band’s latest album is its finest one yet, and what better way to meet its Asian supporters?

“We have been getting messages from all over the world asking us when we’re coming,” said Mario.  The European leg of the tour saw the band performing in Switzerland, Italy, Germany, and most recently, Austria, where they wrapped up. Mario didn’t disclose any other plans or the specific locations where they plan to perform if they decide to go to Asia. However, fans can be sure the performances will be energetic and wonderful, something a true artist like Mario Barth feeds off.

“Everything we give to our fans comes deeply from my heart,” Mario said in a past interview. “We feed off your appreciation.” Fans seem to reciprocate this love if the latest numbers on the official About Kings YouTube channel are anything to go by. So far, the last two singles the band released have reached over 1M views on YouTube, and the numbers are still rising. Other songs have been equally successful, attracting hundreds of thousands of views and likes. Mario says the group’s vision is to produce a number one hit that will break the Hot 100 charts worldwide and continue entertaining their fans for years to come.