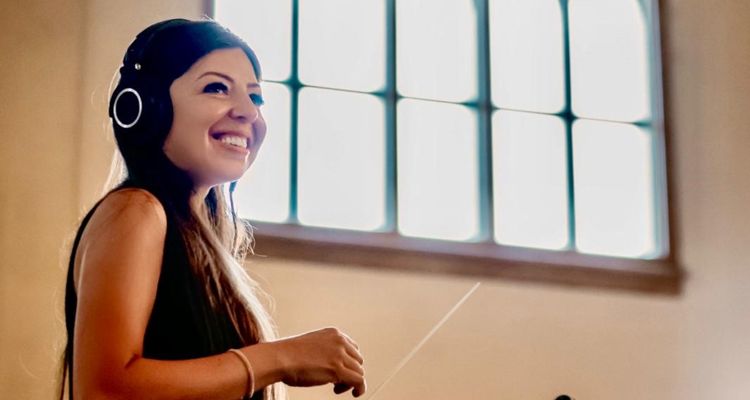 Prime Video announced the Emmy-nominated composer (Captain Marvel, Fortnite) has been commissioned to create an original score and theme music for the streaming exclusive coverage of ‘Thursday Night Football.’ The TNF anthem was recorded over two days at the historic Ocean Way studio in Nashville, with Toprak conducting a 70-piece orchestra. Toprak collaborated closely with the TNF production team to create the pulsating and uplifting score.

The music will set the stage for the streamer’s exclusive wraparound coverage, accompany the in-game broadcast, and elevate the viewing experience each Thursday night throughout the NFL season.

“It has been a tremendous honor and pleasure to be a part of Thursday Night Football, working alongside the inspiring teams at Prime Video,” says Pinar Toprak.

“Our goal was to create a memorable theme that is both current and timeless. We leaned on the big brass and muscular energy of legacy scores, in combination with unique, lyrical movements to achieve a feeling of heart and soul. I could not be more excited to share this new anthem with the world, and hope it will connect with fans and players alike as we make TNF history.”

“Pinar is a remarkable talent at the top of her craft, and a joy to work with. We believe she has delivered an epic and timeless theme that will elevate our presentation and become synonymous with TNF on Prime Video for years to come,” adds Marie Donoghue, Prime Video’s VP, Global Sports Video.

Grammy-winning audio engineer Alan Meyerson will mix and master the final score. The complete score and its title will be introduced prior to Prime Video’s inaugural preseason game between the San Francisco 49ers and Houston Texans on Thursday, August 25. Prime Video is the first streaming service to air a season-long exclusive national broadcast package with the NFL in an 11-year deal that includes 15 regular season games and one preseason game each year.

Each ‘Thursday Night Football’ game will also be available to stream live on Twitch.