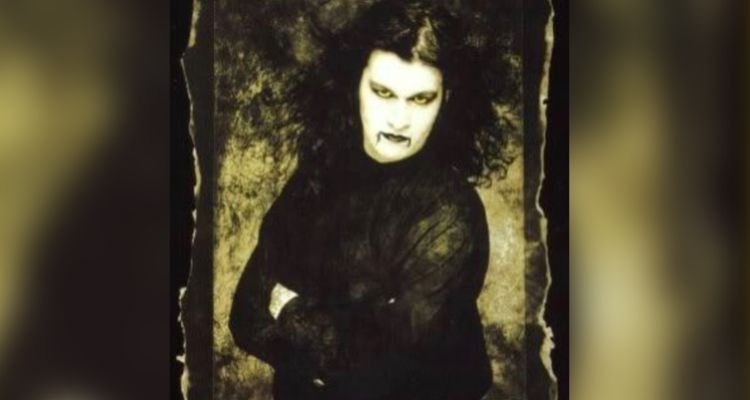 The news was confirmed by Antoinette Anstis in a heartfelt message posted to the guitarist’s Facebook page. “Rest in peace; you were too beautiful for this world, my lover. Nothing will ever be the same again, love always and ever your Antoinette. Until we meet again,” the message reads.

Former bandmate Richard Shaw also paid tribute to Stuart Anstis on social media. “Rest in peace, Stuart. It was an honor performing your music. Thoughts are with his friends and family at this difficult time,” Shaw writes.

Shaw was a member of Cradle of Filth from 2014 until earlier this year. Stuart Anstis was a member of the band from 1995 until 1999. During his time with the band, Anstis wrote several of their most famous albums including Dusk and Her Embrace and V Empire or Dark Faerytales in Phallustein – both released in 1996. Anstis also wrote and recorded the 1998 album Cruelty and the Beast.

Founder Dani Filth also paid tribute to Stuart Anstis on social media, calling him “an amazingly talented guitarist who brought a real sense of magick to everything he wrote in Cradle of Filth.” Filth talked about the early days of the band and called its members “bestest of friends living in a small village here in Suffolk. It truly is with a heavy sense of loss that we (and extreme music in general) bid farewell to Stuart,” Filth continues.

After departing Cradle of Filth in 1999, Stuart Anstis formed the band Bastardsun. However, the band disbanded in 2005 after frontman David Wayne passed away suddenly. The details about Stuart Anstis’ death have not been released at this time.

Here’s the full statement about Stuart Anstis’ passing from Dani Filth. “It is with a deeply saddened heart that I have heart of the passing of my former guitarist Stuart Anstis at 48. Stuart – despite our eventual differences – was an amazingly talented guitarist who brought a real sense of magick to everything he wrote in Cradle of Filth.”

“For a long time he and I were bestest of friends living in a small village here in Suffolk and despite that relationship eventually changing, it did nothing to diminish the fan’s appreciation of his creative flair and talent right up to the present day. ‘Vempire,’ ‘Dusk… and Her Embrace,’ ‘Cruelty and the Beast,‘ and ‘From the Cradle to Enslave‘ would have been completely different creatures if it were not for the depth of his astute and deliciously dark musicianship.”