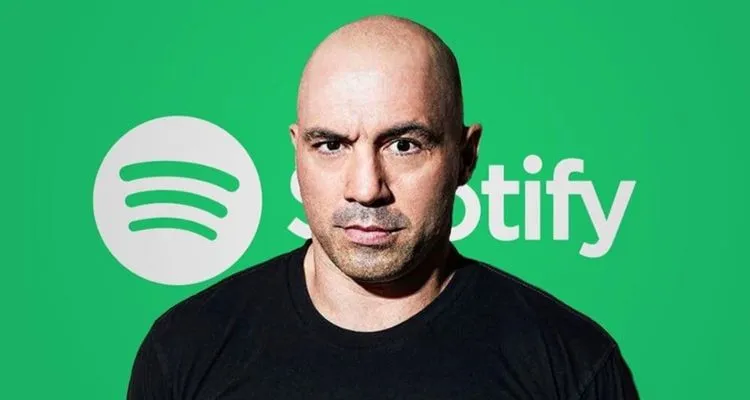 Joe Rogan’s podcast has been a Spotify exclusive since September 2020, and it’s been a partnership with its share of controversy. That said, statistics prove that the partnership has been an overall win for both parties — Spotify receives an influx of new users, while Joe Rogan retains his top spot for the most popular podcast. But a recent study shows that the platform doesn’t appear to recommend his podcast episodes to new Spotify users. So what’s going on?

Dan Misener of Bumper analyzed data from over 90,000 episodes of podcasts. His findings show that Spotify recommends about 14% of the shows under their podcast network. 8% of the shows recommended are Spotify exclusives — but to users who do not already have “The Joe Rogan Experience” in their listening history, his podcast does not appear within the recommendation percentile.

Despite statistics showing that the partnership is lucrative for both parties, Rogan has often been the target of ire since the exclusivity deal began. Spotify has received criticism for platforming some of Rogan’s views, while fans who missed watching Rogan’s podcast clips on YouTube wanted things to go back to the way they were before the partnership.

While it’s unclear why Rogan’s podcast isn’t being recommended, Misener suggests that because the show is so popular, Spotify may feel that it doesn’t require the help of recommendations to gain new listeners. Conversely, Spotify may have chosen not to use its algorithm to promote Rogan due to the controversy surrounding him. But considering the money that Spotify has injected into the partnership, it seems odd that the company would actively choose not to promote the show.

It’s worth noting that episodes of other podcasts in which Joe Rogan is a guest are still recommended, even if his own show is not. For example, his appearances on “This Past Weekend” and “Hotboxin With Mike Tyson” were among the episodes that Spotify recommended.