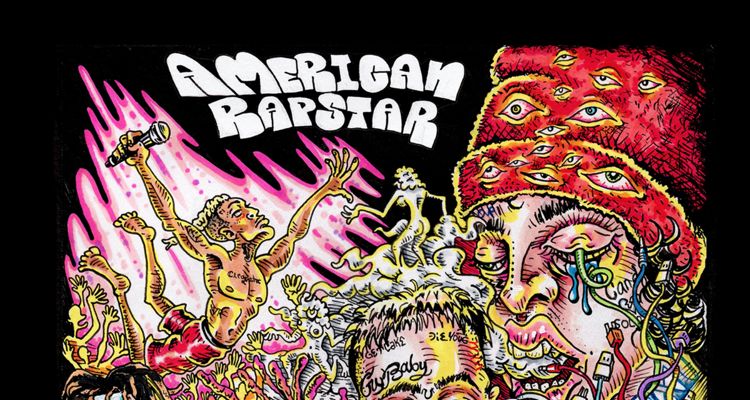 Utopia has purchased the global rights to ‘American Rapstar,’ a documentary about SoundCloud rappers.

The film was screened at SXSW, DOC NYC, and the Copenhagen International Documentary Film Festival as reported by Variety. It follows a group of young artists who rose to stardom on SoundCloud – Lil Xan, XXXTentacion, Lil Peep, Bhad Bhabie, and more.

‘American Rapstar’ will premiere on streaming service Hulu on September 1, 2022. Utopia will present a global virtual screening of the documentary on AltaVOD.com on October 4 with an exclusive look at some bonus content. The film will be released on-demand on all platforms on October 11.

“I couldn’t be more excited to partner with Utopia for the release of ‘American Rapstar,’ a film that I believe fits right in with their slate of bold, provocative, and fearless releases,” says Justin Staple, director for the film. “‘American Rapstar’ presents an inside look at one of the most influential music scenes of the last decade – filled with young and boisterous characters, who will be remembered for their impact on modern pop culture forever.”

“Through these figures, the film tackles the modern social issues that young people face today – from the opioid epidemic, to gun violence, to spiking anxiety and depression rates in a generation who often find themselves living their lives through their presence on social media,” Staple continues.

“‘American Rapstar’ is a fascinating, emotional, and deeply resonant exploration of not only a globally influential music movement powered by youth culture and technology, but also the generation who both produces and consumes it,” adds Danielle DiGiacomo, Utopia’s Head of Content. “It is a riveting and important film and cultural document with which Utopia is proud to be partnering on.”

‘American Rapstar‘ is produced by Braxton Pope and Kerstin Emhoff. It is executive produced by Ali Brown and John Battsek, with cinematography by Jake Moore, Michael Marius Pessah, and editing by Justin Staple. The deal was negotiated by DiGiacomo for Utopia with producer Braxton Pope on behalf of the filmmakers.