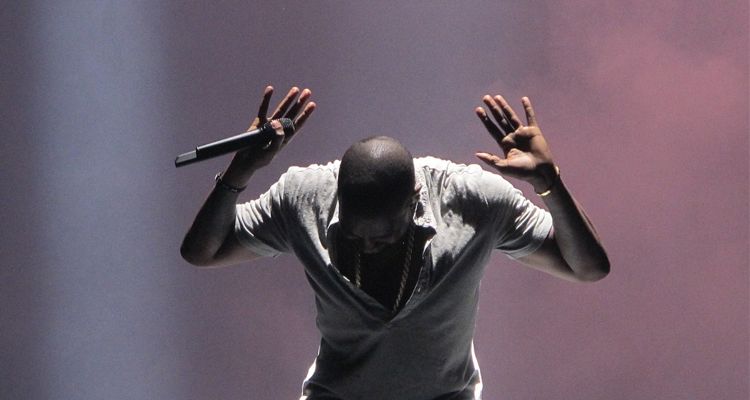 Ye’s Gap relationship continues to show signs of strain as the rapper claims the company “held a meeting about me without me.”

Kanye West’s relationship with Gap seems to be on the rocks after the rapper took to Instagram to call out the clothing company in two posts. The posts come just a day after Yeezy Gap teased its collaboration with Balenciaga, YGEBB (Yeezy Gap Engineered by Balenciaga.)

In Ye’s first post, he shares a photo of mirrored Yeezy Gap sunglasses on a table with clothing strewn about the floor in the background. “Gap held a meeting about me without me?” Ye’s caption reads.

The second post included a screenshot of a text conversation in which an image of a man modeling a Gap logo t-shirt appears. One text in the thread claims, “This is Gap copying YGEBB.”

“But they canceled the photo shoot with my kids in Japan without me knowing,” Ye claimed in the second post’s caption.

Ye’s relationship with Gap wasn’t without issues even before the posts. The YGEBB launch was met with backlash after photos surfaced of Yeezy’s clothes being sold out of garbage bags — at Ye’s insistence.

“The sales associate said Ye got mad when he saw they had it on hangers and this is how he wanted it,” reads the tweet, with photos of the trash bags. “They won’t help you find ur size too, you just have to dig through everything.”

Afterward, Ye addressed the controversy in an interview with Fox News, in which he defended himself and what he perceives as innovation. “I’m an innovator, and I’m not here to sit up and apologize for my ideas. That’s exactly what the media tries to do: make us apologize for any idea that doesn’t fall under exactly the way they want us to think.”