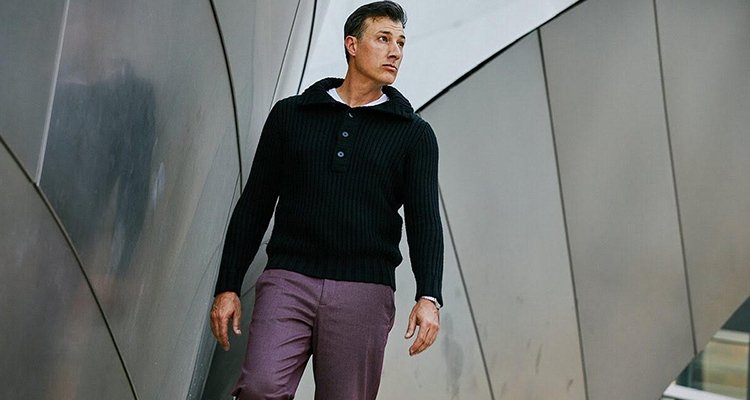 If you are looking for a song that can fill a dance floor, look no further then “Don’t Be Cruel”, the newest release by Rich Fayden.  This song happens to be a remake of the late 80s classic by Bobby Brown, written by none other than the legends LA Reid and Babyface.

This song has a chorus that is unforgettable and with this new take by Fayden, the song has found new life.  The vocals are tight from the first note, being used in a manner that has them dropped down at least an octave or two, the listener is drawn in and held.

As the song progresses you can follow that classic melody that made this song an instant classic the moment it was released back in 1988.  Keeping to the vibe of the song, the dark elements build and leave room for a very smooth drop that carries the listener right to the dance floor, leaving no room for error.

For the past 5 years Fayden has been releasing fun remakes of classic Pop and R&B songs, putting his spin on them as either sole producer or co-producer.

Always making sure to put his signature touch with a very inviting vocal approach surrounded by musical elements that lead the listener on right up until the point of release and that magical drop.  With an industry filled with covers and remakes, it is not always easy to find the songs that bring something new to a classic and yet can still be creative enough to stand on their own.  “Don’t be cruel” is one of those remakes that can walk on its own and many of the newer generation will believe this song to be an original as it is created in such a way to feel brand new, nearly 40 years after its first release into the market place.

Currently working on several projects for a few other artists, Fayden still finds time to put together his own creations.  “Being creative for others actually helps me find new sounds and styles I then go on to use on my own projects”, says Fayden.

Over the years you can hear the songs evolve yet maintain that signature smooth style that Fayden has become known for.

This newest release is one of those songs that seems to take you on a journey from the moment the vocals come in right until the end of the song that seems to go out as just as it came in.

Some may call it house, others would define it as gangster slap house, which seems to bring something a bit more rough within the drop and the baseline when compared to a typical house production.  This style production wrapped around the ever so smooth vocals will leave you hitting replay before the song is even over and with this adding to the ever growing stream count on Spotify.

Every day about 60 thousand tracks are uploaded into Spotify and yet this song has stood out from day one, landing on some of the biggest playlist in its genre.  Currently at the time of this interview, the song has amassed over 100k streams in less than a few weeks and seems to be on target for the ever sought after 1 million streams.