What Is Trombone Champ? Make Good Music Terrible With a Trombone 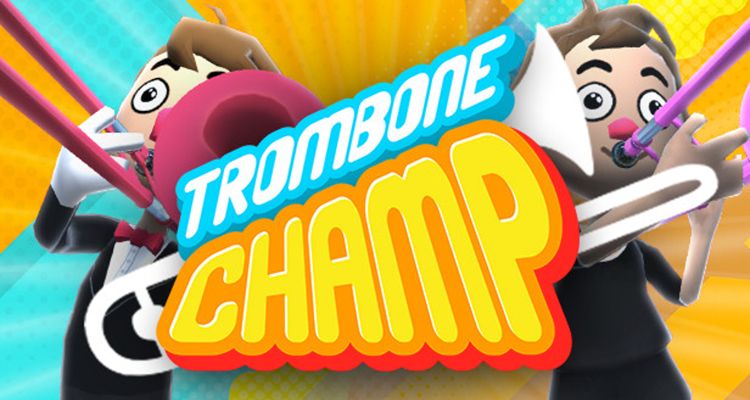 The latest rhythm game to take social media by storm, Trombone Champ hits the ground running with a mighty “toot.” So what is Trombone Champ, and why should you be playing it?

If you’re familiar with rhythm-based video games like Guitar Hero or Rock Band, you might find it easy to understand how a little game called Trombone Champ has taken the internet by storm. Created by developer Holy Wow, Trombone Champ was released last week for PC. The game has quickly gained traction after PC Gamer‘s review posing it as a game of the year contender. Since then, players have been sharing game clips on social media.

Trombone Champ puts you in the shoes of a goofy-looking trombonist playing classics from Beethoven, Mozart, Tchaikovsky, ragtime hits from Scott Joplin, “God Save the King,” the US national anthem, and more.

Using your mouse to slide the trombone’s pitch up or down, you must precisely hit the pitch as the song plays to receive the best possible score. Because the slider moves in the opposite direction from how you move your mouse, this adds a layer of extra difficulty, especially on some faster-paced songs.

The brassy toots of the trombone provide the lead melody using the notes you’re playing on top of the actual backing track. As a result, Trombone Champ is a lot of fun when you don’t play it exceptionally well. Nicole Clark from Polygon describes it best: It’s as if you’re playing Celine Dion’s “My Heart Will Go On” with a recorder.

While you play each song with your trombone (for which you unlock a variety of colors and other achievements), the game provides a backdrop of visuals. Much of the game’s comedy derives from these sequences accompanied by your cartoonish character tooting away on their trombone to varying success.

“Trombone Champ is literally the only game I wish I had made. It’s absolutely out of this world god tier,” says Cursed to Golf game developer Liam Edwards. “If you have any respect for life, you will play it, laugh, and curse the geniuses behind it.”