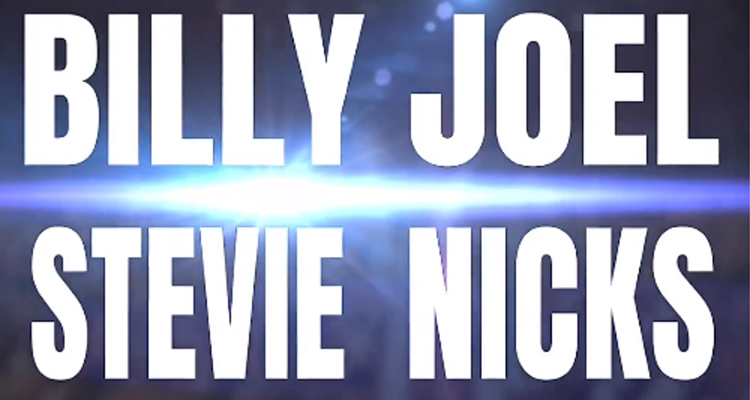 When Stevie Nicks teased in an Instagram post that she was “excited to hit the road” with Billy Joel in 2023 for a one-night-only performance in Arlington, Texas, on April 8, fans suspected there would be more to come. The legendary musicians have revealed two additional dates: March 10 in Inglewood, California, and May 19 in Nashville, Tennessee. Tickets will go on sale Friday, November 11, at 10 am local time.

“Excited to hit the road with the amazing @billyjoel in 2023,” Nicks says in her original post, which she has since edited to include the two new dates. “More soon!” she teases.

Today Stevie has also posted a short teaser video on her Instagram from Live Nation of the upcoming performances.

The shows will be the first for the former Fleetwood Mac singer after she finishes the remaining dates on her fall tour this weekend, rescheduled from dates in October. Billy Joel will continue his Madison Square Garden residency over the next few months and perform shows in Georgia, Florida, Australia, New Zealand, and London.

Both artists are in their 70s — Nicks is 74, and Joel is 73 — and neither plans to retire soon. Stevie Nicks told Rolling Stone in 2017 that she would “never retire,” while the Piano Man told Newsday in 2019 that he has “no plans to slow down.”

“I’ve become very comfortable with that concept of maybe you just don’t retire. Maybe it just keeps going because people want to keep seeing it,” said Joel. “And it’s a great job. I have a great band. I play great venues. And I make great money. So what’s wrong with that?”