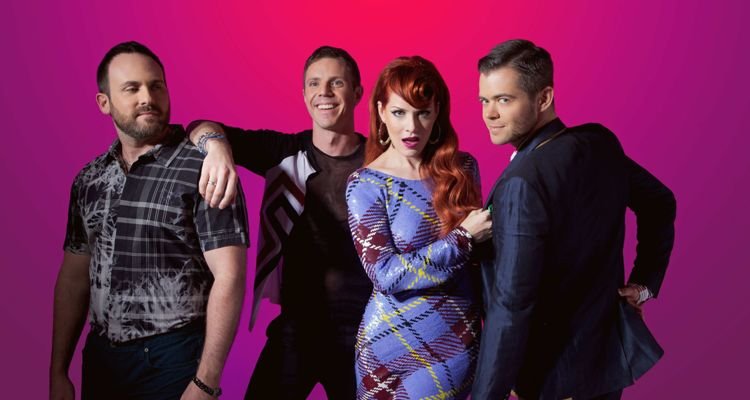 If you’ve been to a club in the last 20 years, there’s a good chance you’ve heard of Scissor Sisters. The group has long been a mainstay in the dance-pop scene, consisting of vocalists Jake Shears and Ana Matronic, multi-instrumentalist Scott “Babydaddy” Hoffman, and Del Marquis as lead guitar and bassist.

Scissor Sisters formed in New York in 2000 — but the UK would become the first territory where they saw widespread success with their cover of Pink Floyd’s “Comfortably Numb.” Their self-titled debut album became the UK’s biggest-selling record of 2004, taking home Best International Album at the 2005 BRIT Awards.

The group saw more success in 2006 with their follow-up album Ta-Dah, with the hit single “I Don’t Feel Like Dancin’.” Scissor Sisters would release two more Top 5 albums with 2010’s Night Work and 2012’s Magic Hour.

“Babydaddy and I are really proud of all the music we’ve created together and couldn’t be happier to have Warner Chappell Music looking after our songs going forward,” adds Shears. “The worldwide team has some really awesome and ambitious ideas of how they’ll reinvigorate our catalog, and we can’t wait to see what they do.”

“Scissor Sisters are such an iconic name in dance and pop culture, and their early songs still sound as fresh and innovative as they did when they first came out,” says Emily Foreman, Creative Manager at Warner Chappell Music UK. “I’m honored that we’ll represent these classic records at Warner Chappell Music, and I’m looking forward to finding ways to connect their songs with new audiences.”

Additionally, Scissor Sisters have appointed Fascination Management as their legacy managers. Fascination’s Peter Loraine added: “It was an honor to be asked by the band to caretake, nurture, and develop their business. Their catalog of music and visuals is first-class and has so much potential. I worked with the band during my years at Polydor, so to be reunited professionally is a dream come true.”