Christine McVie of Fleetwood Mac Passes Away at Age 79 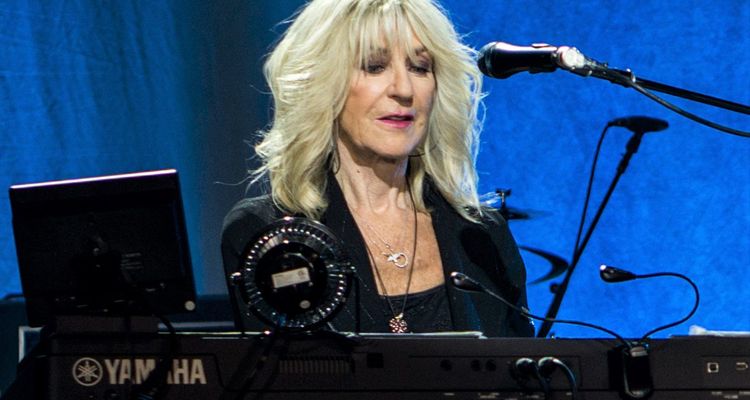 Christine McVie, singer, songwriter, and keyboardist for Fleetwood Mac, has passed away at age 79.

The biggest hitmaker for Fleetwood Mac, singer-songwriter and keyboardist Christine McVie, passed away at 79. Her family announced her passing on Facebook, stating that she died at an unspecified hospital. The family did not provide a cause of death. However, McVie told Rolling Stone in June that she was in “quite bad health” and struggled with debilitating back problems.

Fleetwood Mac tweeted a statement expressing their sadness at McVie’s passing: “She was truly one-of-a-kind, special and talented beyond measure. She was the best musician anyone could have in their band and the best friend anyone could have in their life. Individually and together, we cherished Christine deeply and are thankful for the amazing memories we have. She will be so very missed.”

McVie’s hitmaking prowess was on full display in Fleetwood Mac’s Greatest Hits anthology in 1988, in which she wrote or co-wrote half of the compendium’s 16 tracks. Her tally doubled that of the band’s perhaps most well-known member and singer-songwriter, Stevie Nicks.

McVie’s most popular tracks favored catchy beats and upbeat melodies, like “Say You Love Me,” “You Make Loving Fun,” “Hold Me,” and “Don’t Stop,” along with ballads like “Over My Head” and “Little Lies.”

“I don’t struggle over my songs,” McVie told Rolling Stone in 1977. “I write them quickly.”

In half an hour, McVie wrote one of the band’s most beloved songs, “Songbird,” which has served as the band’s closing encore in concert for years.

In 1998, Christine McVie was inducted into the Rock & Roll Hall of Fame alongside various lineups of Fleetwood Mac — reflecting the frequent and often dramatic personnel shifts the band experienced throughout its history. McVie featured in incarnations that dated to 1971, but she also had uncredited roles playing keyboard and singing backup as far back as the group’s second album in 1968.

“The loss of Christine McVie is not only devastating to all of us in her Warner Music family across the globe, but to the entire music community and her countless millions of fans,” wrote Max Lousada, CEO, Recorded Music, Warner Music Group in an email to Digital Music News. “Her voice was unmistakable and indelible, her songwriting beautiful and peerless, and her live performances powerful and entrancing. She was, and is, a musical icon for the ages, and she will be deeply missed. Our condolences go out to her family, friends, and bandmates.”

“The Warner family has lost a dear friend of many decades with the passing of Christine McVie,” wrote Kevin Gore, President of Global Catalog, Recorded Music for Warner Music Group. “An exceptionally gifted musician, her signature vocals and impeccable songwriting are front and center on many of Fleetwood Mac’s most beloved hits as well as her string of beautiful solo albums.”