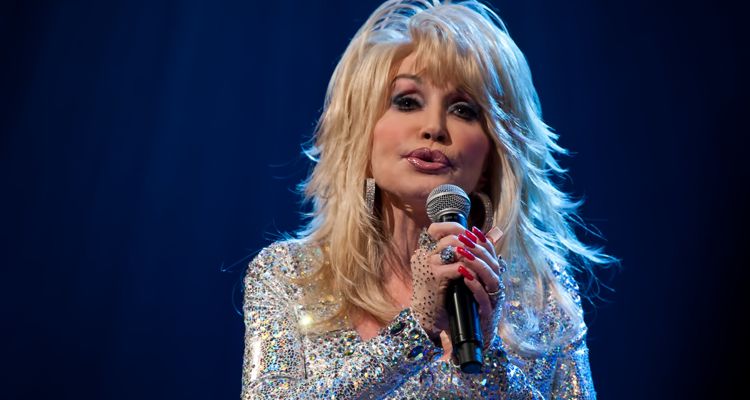 Dolly Parton has joined TikTok with a montage of memorable highlights from her career and the caption, “I have arrived!” She then joked in a follow-up post that her arrival on the platform was “better late than never!” In less than 24 hours, the singer has amassed over half a million TikTok followers.

The “9 to 5” singer also unveiled a new holiday song about baking, aptly titled “Berry Pie,” which fans can use in sound clips on the platform. Dolly asked fans to share their baking blunders while she shared a video of herself messing up decorations on a cake.

“I refuse to settle for anything less than cake,” she joked while her new song played in the background.

While Dolly is a recent addition to TikTok, her impact has long resonated across the platform. According to Variety, videos on the platform with the hashtags #DollyParton and #DollyTok have accrued more than 6 billion views.

“Looks like I missed a lot! You all are so creative,” says Dolly’s caption on a post where she shares a compilation of fans’ TikToks from over the years.

As busy as Dolly Parton has been, it’s no wonder it took her so long to join TikTok. In May, she was officially nominated as an inductee into the Rock & Roll Hall of Fame — after her initial nomination in March, which she had declined.

Dolly Parton is the third recipient of Jeff Bezos’ Courage of Civility Award. Last year’s recipient was Spanish chef José Andrés, who operates the World Central Kitchen, which provides free meals during front-line crises like the ongoing war in Ukraine. Bezos has voiced his plans to give away the bulk of his $124 billion fortune to charitable causes during his lifetime.