Why Is the Music Industry Letting Instagram & TikTok Own the Customer? Rhythmic Rebellion Makes the Case for Controlling Valuable Fan Relationships 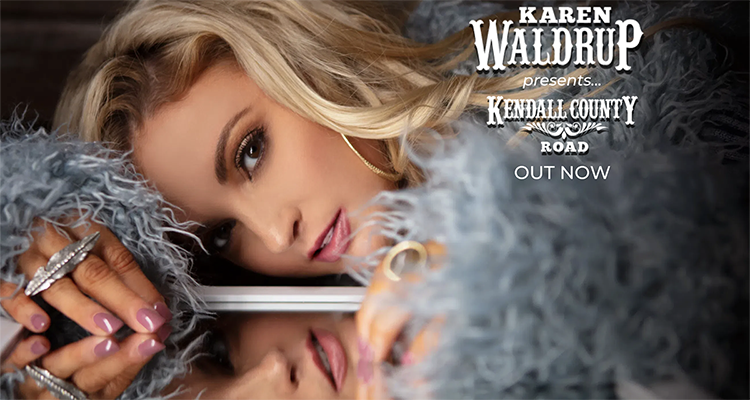 Karen Waldrup, one of a growing number of artists using Rhythmic Rebellion.

Rhythmic Rebellion has long helped artists, labels, and others to build and benefit from fan relationships by harnessing the power of one-stop digital platforms. Now, with a number of success stories to its credit, the company is making a stronger case than ever for controlling and capitalizing upon the listener support that fuels career results.

Rhythmic Rebellion’s value proposition to the music industry is straightforward enough. In a decentralized entertainment landscape, why not develop a centralized, all-encompassing online marketplace and community geared towards dedicated fans?

Founded by singer-songwriter Greg Allen, the company enables professionals (labels and management agencies among them) to do just that, beginning with an intuitive website builder and any necessary technical support. Rhythmic Rebellion also comes with an easy-to-use email generator, facilitates digital and physical music sales, hosts livestreams and fan clubs, and allows creators to offer exclusive content to their most engaged followers.

Meanwhile, in expanding the reach of supporter hubs, artists and their teams are simultaneously building email lists that will prove valuable in the long term, as social media upstarts burst onto the scene and formerly high-flying players recede from the spotlight or cease operating altogether.

What’s more is that these social services effectively own the fans (and their data) who follow and engage with artists – the most significant assets in the contemporary music arena.

Of course, just because fan relationships begin on TikTok, Instagram, or Twitter doesn’t mean that they must end there. But amid an industry-wide push to make a splash on social media, particularly with short-form videos, conversations about how to transition followers to a more targeted community are comparatively few and far between.

At best, the ultimate result of this tunnel-vision approach to social media is that labels, management firms, and artists themselves will pay to communicate with and promote releases to their followers. In doing so, members of the music community are missing out on revenue, data, and the inherent commercial longevity associated with cultivating diehard fanbases as opposed to part-time supporters. Just recently, DMN and Rhythmic Rebellion joined forces to shift the focus towards more controllable hubs.

“We need to use these other platforms like tools,” Rhythmic Rebellion head Greg Allen told Digital Music News. “While gaining followers on social media, we need to also make those fans part of a community that labels and artists own.”

Artists including reggae singer Gyptian have tapped into the commercial potential of robust fan communities via Rhythmic Rebellion.

With the highly competitive streaming era in full swing, it’s no longer enough to make excellent music available to fans and occasionally post on social media. Connecting with supporters (and analyzing the hard numbers behind their purchases and preferences) is an integral component of successful careers.

Importantly, the problem’s solution – a centralized platform for maximizing the professional advantages of hard-won fans – likewise presents a major opportunity. Aside from laying the groundwork for meaningful fan interactions, carefully maintained and feature-heavy online communities offer an array of benefits (including improved data collection and ARPU) that social media and run-of-the-mill websites cannot.

Seoul-headquartered Hybe has already demonstrated the viability of the overarching model with WeVerse, a roughly three-year-old fan-community platform that remains popular among BTS enthusiasts. Hybe disclosed that the service boasted seven million MAUs as of Q3 2022, and execs are expanding upon the ultra-dedicated userbase by adding more artists and paid-subscription features.

For the wider music industry, Rhythmic Rebellion says that its platform can enable labels, publishers, management teams, and others to generate material revenue from the high-volume (but low-paying and fleeting) fan interest delivered by streaming and social media.

“I like to think that we can help every label on the planet increase their revenue,” continued Allen, whose service is available on web browsers as well as iOS and Android. “We’ve got merch stores built right in. We’ve got livestreaming built right in, and we have fan clubs built right in. Subscriptions or free, however you want to do it.”

At the core of these varied offerings are communities – extending to individual artists and whole labels – that some of the largest music businesses in the world neglect or overlook entirely.

Energetic fans will always find a way to connect and support their favorite acts, including through social media groups and live shows. But when it’s harder than ever to generate interest in music, fragmented collections of dedicated supporters represent lost potential and missed opportunities.

That’s because interactive artist communities are inherently better positioned to drive engagement and revenue. And in the absence of a reliable community-focused solution, fan interaction will simply revolve around the exchange of occasional messages, culminating (in the best-case scenario) with merch sales at performances.

By enabling like-minded individuals to communicate (among themselves and directly with artists) between shows and releases, however, Rhythmic Rebellion says that it’s affording fans optimal experiences and allowing labels and others to capitalize upon the vast commercial potential at hand.

Some of the many items available for purchase through the merch store that Ariel Bellvalaire built with Rhythmic Rebellion.

Besides the above-mentioned core offerings, supporters can currently comment on releases and videos, participate in contests, and sing along to songs with karaoke mode on Rhythmic Rebellion, which intends to continue building out moving forward.

“We can take this foundation and get ideas from artists, get ideas from labels, and we can continue to build to truly make it the most – I like to call it the ultimate entertainment and shopping experience on the planet,” Allen told us.

If recent years’ industry evolution is any indication, there’s no telling exactly which changes are in store for the music world and the broader entertainment sphere. Nevertheless, it’s clear that securing the attention of fans, keeping them engaged, and monetizing their interest is becoming exceedingly difficult.

“I always tell everybody I have two goals,” finished Allen. “Number one, build communities. Number two, help monetize those communities. That’s what indie artists need more than anything, and increasing revenue is labels’ whole goal. Well, you need to have the community first. We’re built to do both of those things and do them well.”

Feel free to continue the community building conversation with Greg at [email protected].