Is SXSW Really Worth It? 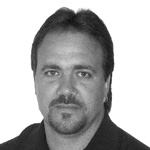 at SXSW and its relevance to musicians.  The ReverbNation platform is now used by more than one million artists, bands, managers, labels, venues, festivals, tours and music industry professionals.

We all know that SXSW is one of the most important conferences in the music industry. With over 12,000 annual registrants and the highest revenue-producing event for Austin’s economy, it’s clear that those who are serious about their music careers are making the trek to Texas every March. What was once a regional artist showcase has now become a platform for musicians, filmmakers, tech start-ups and even corporate brands to make some noise and reach key influencers across industries and the media.

But has anyone stopped to think if it’s all really worth it? Last year, almost 2,000 bands were scheduled to perform—and that’s not counting the ones who weren’t officially registered. As SXSW continues to morph into a world-renowned phenomenon, the landscape is becoming increasingly oversaturated which begs the question as to whether or not the return is worth the investment. The answer, quite simply, is yes. But only if you are reasonable with what you expect your return to be.

Generally, three types of bands go to SXSW: those that are just starting out, those that have minor recognition, and those that are about to break or have already. Each tier – especially the guys who are deeply buried under the radar – needs to be realistic with what they want to get out of SXSW in order to make the most out their experience. If you’re looking to make industry inroads and you’re new to the scene, it’s probably best that you save your gas money and work on perfecting your product before hitting the festival. However, if you’re a small band looking to network with other bands and build your resume, SXSW is the perfect place to do that.  As anyone who 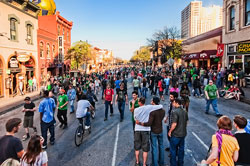 has ever been to the festival knows, SXSW is as much about networking as it is about discovering the next big thing, and it’s important that bands make as many contacts as they can while there. Forming alliances with fellow musicians can lead to touring opportunities that will help build your fan base. Making yourself known to industry folks is the first step in forming beneficial relationships, but don’t forget to follow up post-Austin and leverage all those new contacts!

As for the buzz bands, it’s most important that they perfect their product before conquering Austin. That means, they should be paying attention to how affective their music is to the people it has already been exposed to. Investors want a band with word of mouth value, so it’s important that you first focus on how your product is being received as opposed to how many people it has reached. Learn where and when your audience is engaged—routing a tour through Austin, prior to SXSW is a great way to do this—and be sure to leverage and expand on these moments. Bottom line: get your product right and nurture the fans you have already. There are lots of people who can help you expand your audience, and with a perfected product, you’re more likely to meet them while in Austin.

For the bands that have already made their mark, SXSW is a great place to establish your credibility and break away from the negative connotations associated with the music industry. An established artist who plays SXSW is not only demonstrating a commitment to the craft, but also an edge that is important within an overly-saturated industry.

SXSW can be both a blessing and a curse. A blessing, in that it can expose you to a large volume of the “right” people, and a curse in that it’s easy to get lost in the noise.  Essentially, if you know what you want to get out of the festival, and are both realistic and strategic about it, you’ll see why thousands of people flock to this music Mecca every year.