Steve Jobs: What an Asshole 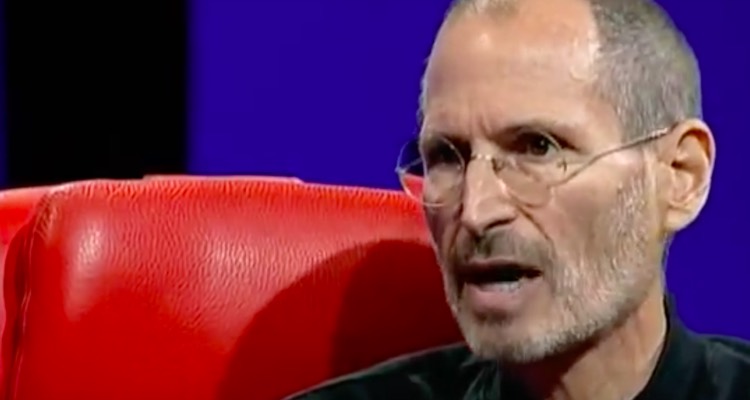 If nice guys finish last, then perhaps Steve Jobs is the type of guy who finishes first.

We’ve been thumbing through the just-released Jobs biography by Walter Isaacson, one that profiles a relentless perfectionist, a brilliant innovator, and a tough personality with incredible consumer instincts.  A guy who changed the world.

But it also reveals someone capable of incredible cruelty, total self-delusion, ruthless competitiveness, arrogance, and a penchant for stealing ideas.  It’s probably the most raw profile the world has ever seen on Jobs – for better, or for worse.  And it also offers a rather naked commentary about success.

Here are just a few examples that surfaced in this 656 page tome.

(1) Steve Jobs was a deadbeat dad for many years.

In 1978, Steve Jobs had a daughter (his first) with girlfriend Chrisann Brennan, a painter.  Jobs adamantly refused paternity, though a judge ultimately forced Jobs to pay support.

After that, Jobs reluctantly became a deadbeat dad, while focusing religiously on his other baby, Apple.  “Lisa Brennan, however, did not have a great childhood,” Isaacson writes.  “When she was young, her father almost never came to see her.  ‘I didn’t want to be a father, so I wasn’t,’ Jobs said, with only a touch of remorse in his voice.”

Isaacson writes that later, Steve did drop by sporadically.  But it was so infrequent that when Lisa was three she had no idea who the guy was.

(2) Steve Jobs drove his Mercedes around without a license plate, and parked in handicapped spots.

Isaacson: “He had a great Mercedes sports coupe with no license plate on it… he felt the normal rules just shouldn’t apply to him.”

(3) He was famous for taking all the credit.

Apple’s famous designer, Jonathan Ive, was frustrated because Steve was constantly taking credit for his ideas.  It was a recurring problem, with incredibly talented executives complaining that Jobs took all the credit for Apple’s game-changing innovations.  “I pay maniacal attention to where an idea comes from, and I even keep notebooks filled with my ideas,” Ive said.  “So it hurts when he takes credit for one of my designs.”

(4) Jobs regarded most people in his life as ‘replaceable’.

But there’s a flip side: Ivy was also “soulmates” with Jobs, and realized that his innovations would be nowhere without his brilliant leader.  “The ideas that come from me and my team would have been completely irrelevant, nowhere, if Steve hadn’t been here to push us, work with us, and drive through all the resistance to turn our ideas into products,” Ivy told Isaacson.

(5) Jobs had no problem stiffing some of the earliest Apple innovators.

Perhaps the worst story surrounds Daniel Kottke, who was there with Jobs at Reed College, travelled with him in India, and was one of the first Apple employees in the garage.  But when Apple went public, Jobs refused to give him any shares because of his technical status within the company – despite the protests of other high-ranking employees.

Kottke was unfortunately subdued and didn’t push – until it became too much.  “And at one point, [Kottke] tries to go to Steve and just starts crying,” Isaacson told 60 Minutes.  “But Steve can be very cold about these things.  Finally, one of the engineers at Apple said, you know, ‘We have to take care of your buddy Daniel.  I’ll give him some stock, if you match it or whatever.’  And Jobs says, ‘Yeah, I’ll match it.  I’ll give zero, you give zero.'”

(6) He showed little interest in philanthropy, despite being one of the richest people on the planet.

“Jobs was never much interested in philanthropy, but he agreed to a special red iPod as part of Bono’s campaign.  It was not a wholehearted commitment,” Isaacson relays.

“Bill [Gates] is basically unimaginative and has never invented anything, which is why he’s more comfortable in philanthropy than technology,” Jobs sneeringly told Isaacson.