Do Music Critics Still Matter? It Depends On Which Critic…

Back in the days of scarcity, I needed magazines like RollingStone and SPIN.  I cared if the Source gave an album five mics, simply because it was impossible to preview everything (or sometimes, anything).  But that’s all over now, and it’s a memo the LA Weekly is getting in bold type. 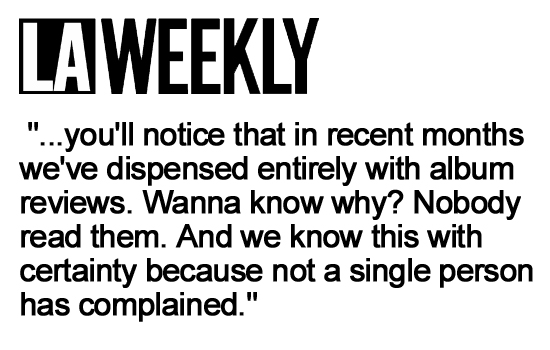 Yet the LA Weekly bow-out is less about the death of the critic, and more about a shifting cast of curators.  The ecosystem of oversaturation has merely crowned a  new cast of incredibly-powerful tastemakers, with immeasurable influence over music culture. 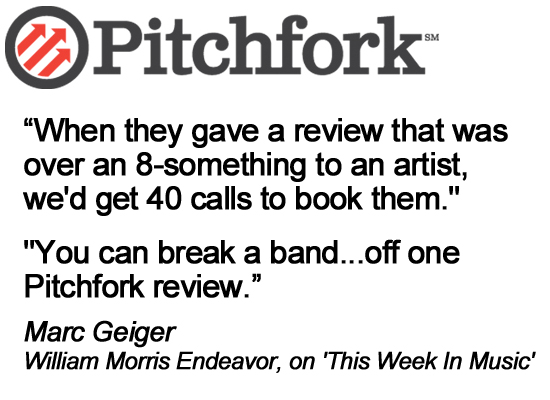 That list includes The Weeknd and TV on the Radio, to name a few.  “TV on the Radio’s price went up massively as a live touring attraction, and so did their audience,” Geiger said, while also noting that the Weeknd could suddenly fetch $25,000 a night and was courting label offers after one review.

But the winner’s list goes way beyond Pitchfork, and into less traditional channels like Facebook-shared Spotify playlists, Pandora, Sirius, and even the surrounding-aware Shazam.  But it also includes powerful tastemakers like Coachella, and even well-entrenched platforms like terrestrial radio.  Because instead of tuning out critics and curators, the reality is that most fans are just dialing into different tastemakers, and building their playlists and preferences accordingly.