This is a format exploding in front of our very eyes.

It’s bigger than Pandora, and in fact, it’s the reason why Pandora has so many jabbing competitors!  According to just-released survey data from Edison Research and Arbitron, 103 million Americans are now accessing online radio in some form, in any month. 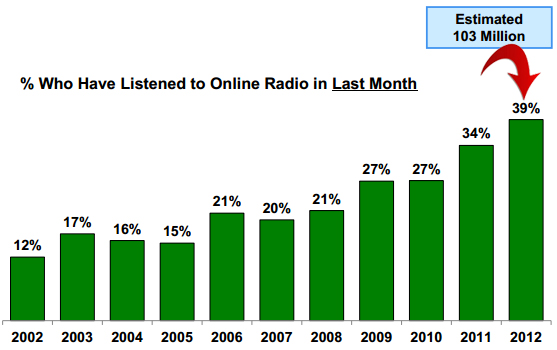 That’s nearly 40 percent of the US population 12 or over, and a massive chunk of breathing Americans.  Which all sounds high-growth and rah-rah, but can the online radio sector afford its own growth?  Pandora is struggling to reach profitability, and serious questions now surround its financial model.  After all, the more listeners Pandora and the broader space attracts, the more money in licensing it has to pay – and so far, streams aren’t covering costs.

And they aren’t necessarily replacing traditional radio: 9 out of 10 Americans who listen to online radio still dial into a traditional, over-the-air AM or FM station.  In fact, on any given week, 87 percent of Americans who access platforms like Pandora have also listened to some form of ‘traditional,’ ‘terrestrial,’ or ‘from a tower’ radio station. 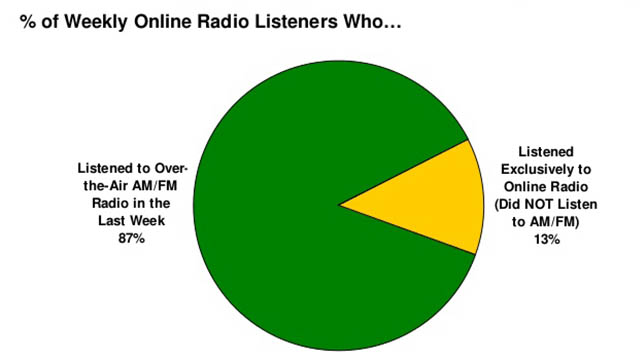 That smashes the notion that one format must replace another.  Indeed, we could be witnessing the development of the most overlapping and redundant media landscape in history.