If you’re perplexed by the absurdities of the music industry in, say, the United States, then consider India.

At Musexpo on Monday, Indian entrepreneur Vijar Nair described a situation that involves 1.2 billion inhabitants, something like one download store, and a ragingly-successful ringback tone industry.  Here are some of the stranger aspects.

“It’s a spectacularly bizarre market, in terms of the way people consume music.” 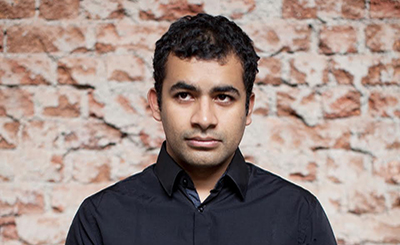 (1) People routinely use their phones to call their favorite music (seriously).

“People actually call in a number and listen to radio.  People do it across the country… and that just works.”

(2) There isn’t much streaming.

“We really don’t have any of the streaming services.  There are some which have a lot of Bollywood content, that’s about it.”

(3) Actually, there isn’t much of anything, in terms of paid music.

“It’s the reason piracy is so high in India, because you won’t take our money, it’s as simple as that.  And it’s really silly, because everyone knows that India and China are growing.”

“Between all the major labels it just hasn’t happened…”

(4) Ringback tones eclipse every other form of music monetization – combined.

“People don’t really download music, they just set a song as a ringback tone.  So if I call you I get a song.  That product makes four times the money as the entire music industry put together.”

(5) If your product gets a million users, it’s a failure.

“The market is so huge, you can put any kind of a product out there and a million people will use it.  And a million people typically means your product has been a failure, because of the pure size of the market.  It’s at about 850 million mobile connections right now, and it’s still growing.”

“So the way things are consumed is very different.  At this conference I’ve listened to a lot of conversations about streaming and how it would work, but it’s completely the other end of the spectrum in India, and I know it’s the same in China as well.”