This Is What iTunes Match Is Paying an Indie Band

The following is the payout an indie band is getting from iTunes Match.

It was posted by David Harrell of the Layaways.  Keep in mind that this is separate from the iTunes Store, which has a simple, 70 percent payout for each download.  Actually, iTunes Match still pays 70 percent of aggregated, annual $24.99 cloud-enabling fees, but each track receives a different payment based on factors like popularity, exchange rates, etc.

Add them up, and you’ve got two streams of revenue from Apple. 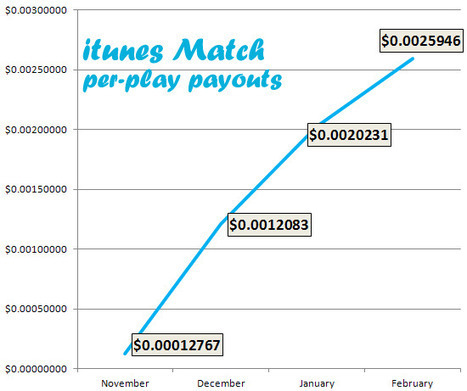 Note: These were handled through CD Baby, though these payouts are before the 9 percent commission.