One of the biggest catalog cavities on Spotify has now been filled.

Adele’s 21, the mega-selling, industry-saving, Grammy-winning album, is now available on Spotify for your streaming pleasure.  And Beatles aside, it’s one of the largest release ‘windows’ we’ve ever witnessed. 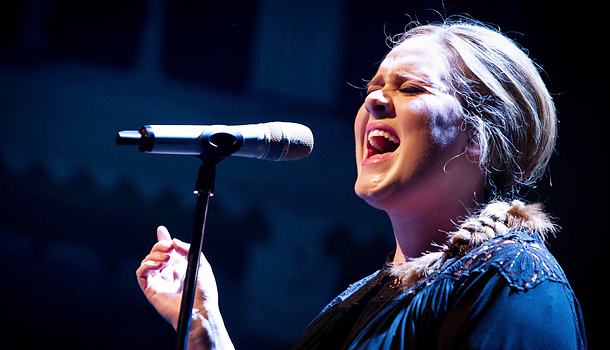 We’re hoping to learn what finally caused the breakthrough, though perhaps the sales arc had simply hit that point.  After all, 21 was released in January – of 2011 – and has already sold 22 million copies.   And maybe that’s the point here: windowing is all about maximizing revenue from various channels through carefully-timed, successive releases of the same (or similar) content.  Which means that lower-paying partners get things last.

That said, Adele’s camp was apparently willing to license this album last year, but only if it was restricted to premium subscribers – thereby hiking its per-play payout.  No dice, Spotify is rumored to have retorted, based on a preference for keeping catalogs similar across freebie and paid tiers.

The news is somewhat mixed for Spotify.  On one hand, this fills a gaping hole and theoretically offers more incentive for users to subscribe – or get on board at all.  But it may also offer the most solid evidence that windowing works – after all, there are 22 million reasons supporting Adele’s decision to prioritize traditional channels like iTunes and good ol’ CDs.  Meanwhile, Spotify stakeholders like Merlin – through head Charles Caldas – are continuing to champion this horse, though that position seems questionable alongside lopsided, preferential major label treatment.

Thanks to HansH of SpotiDJ for the tip!