What’s wrong with reviewing and deep-linking to thousands upon thousands of potentially infringing applications?

According to a just-issued decision by federal judge Dale S. Fischer, a number of editorial policies by CBS-owned C|Net could generate liabilities in the hundreds of millions of dollars.  “Our evidence will show that not only do they have vicarious liability, but C|Net actually embedded links from their web pages to thousands of known copyrighted songs,” plaintiff David Alki of FilmOn.org declared, on behalf of a coalition of artists.

“That puts a giant ‘I’ on inducement.”

Fischer allowed the Alki-led suit to proceed, specifically on charges of copyright inducement at Download.com. That Supreme Court precedent, established back in 2005, holds that companies are liable for infringement if they knowingly encourage and profit from illegal application usage.  In the case of MGM vs. Grokster, that involved goading customers to download all sorts of copyrighted material while banking on the traffic, regardless of non-infringing uses. 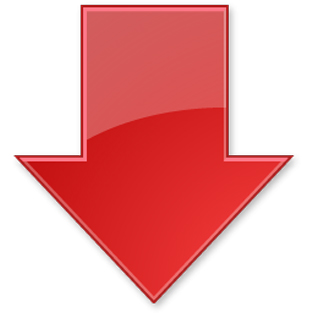 Fast-forward to 2012, and C|Net – and by default, CBS – now seem to fit that test.  For example, reviewers routinely published detailed reviews of applications that have now been proven illegal by the courts.  And, along the way, they’ve taken screenshots of illegal usage, while profiting from the adviews and traffic.

That also includes referral bonuses, including for judged criminal Limewire.  Indeed, C|Net hailed Limewire as ‘the new Napster’ while receiving cash for every resulting download.  “CBS was well aware that these software applications were used overwhelmingly to infringe when they first partnered with Limewire and other P2P providers, but ignored it in exchange for a steady stream of income,” the original complaint alleges.

But an important defense emerges: what if C|Net is being held liable for applications that had not yet been judged infringing by the courts?  For example, Limewire was battling for years before getting shut down, and serious questions surrounded its legality.  So why should C|Net be held accountable for an innocent site, prior to being proven guilty?

Well, here’s one reason: some of the reviews actually show examples of piracy, ie, artist downloads for the likes of Madonna, Lady Gaga, Alicia Keys, Usher, Rihanna and Eminem, in one review for MP3Rocket for example.  On that topic, judge Fischer noted that C|Net could have easily avoided inducement liability if download.com had merely offered editorials or direct-links to download, but not both simultaneously.

“Defendants here are alleged to have distributed specific P2P software, while simultaneously providing explicit commentary on that software’s effectiveness in infringing copyright. Such behavior moves beyond opinion into the realm of conduct and does not directly implicate any First Amendment issues.”