If Limited Run has 99 problems, then Facebook is no longer one of them. The company, which builds pages and platforms for musicians, labels, and other artists, is now ditching Facebook after a series of awful experiences.  That includes the stunning realization that about 80 percent of ad clicks are bots, at least on their campaign.  Here’s Limited Run’s adieu, oddly, on Facebook itself. 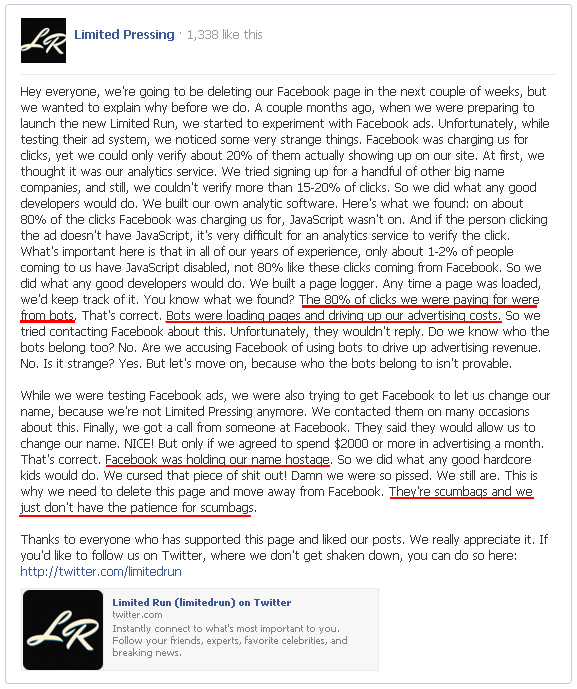