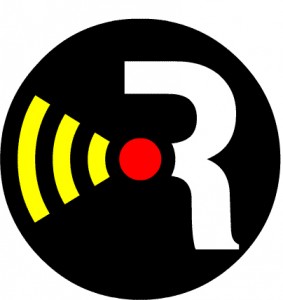 Radical.FM has now launched a new web-based HMTL5 player, available in alpha testing by invitation only.

New features include integration with SoundCloud and a completely revamped interface.  Radical.FM describes its service as a combination of ‘passive stations (like Pandora), active playlists (like Spotify), and social RadCast (personal broadcasting)’.  The patent-pending ‘RadCast’ enables personal broadcasting and the sharing of personal streams in realtime.  On top of that, the soon-to-be-available TALK function will allow users to speak to anyone listening to their RadCasts.  In other words, it’s an all-in-one sort of site; founder and CEO Thomas McAlevey calls it “a Ferrari in a field of minivans.”   Oh, and they’re also working on a mobile app as well.

If you saw the footage of Kim Dotcom‘s mansion being raided, then this might look familiar.  A short film, titled Are Your Politicians For Sale?, depicts a military-style raid on an unsuspecting suburban household on the basis of copyright infringement.  The parody of the MPAA is accompanied by the sardonic description, “Would you like to be treated like a rapist, murderer (or a terrorist!) for streaming an ‘unauthorized’ copy of a TV show?  Good news, because now you can!”  Hyperbolic though it may be, the film has gone viral over the past few weeks, amassing over 10 million views.  Funding for the film, which has professional production quality, was made possible by anonymous donations.

HMV has reported a pre-tax loss of $60.35 million for its fiscal 2012.  The British retailer, which operates 252 stores, says that the market for games, music and films is down 10-20 percent on the year.  Overall sales slid by 12 percent, as more customers turned to online alternatives.  The company has been forced to close several stores, sell off its Waterstone book chain, and sell its venue Hammersmith Apollo in order to remain financially stable.  Simon Fox, who stepped down last week as HMV’s chief executive, said, “the last year has been a difficult and challenging one for HMV and, as expected, this is reflected in our annual results.”  HMV is attempting to manage the decline in their audio and video sectors by shifting its focus towards electronic products such as tablets and smartphones, with the goal of returning to profitability this year.

MUBUTV Industry Insider is an upcoming web video series that will give people an inside look at several different areas of the music industry.  It will examine fields such as A&R, music supervision, legal, marketing & branding, publicity, and record production, amongst others, and feature interviews with industry professionals. “Over the last decade, we’ve experienced a radical sea-change in this business, which is why we feel that the time for this is now,” said co-creator Eric Knight.  “It’s absolutely crucial that artists and industry professionals educate themselves.”  Other co-creators include Ritch Esra of the Music Business Registry and songwriter Doug Probst.  The premiere airs August 15th, and new episodes will be released every other week.  Check out the preview here.

OUYA‘s record-breaking Kickstarter campaign has now wrapped.  The Android-powered gaming console managed to raise $8.6 million in just three weeks, blowing the humble amount initially requested ($950,000) out of the water.  “I thought $950,000 was high at the time,” OUYA founder Julie Uhrman told Ars Technica in a recent interview.  “I was freaking out.”  In addition, the startup secured valuable agreements with the likes of VEVO, TuneIn, iHeartRadio, Square Enix, and Namco Bandai, amongst others.  The next steps for the OUYA team are to finalize the hardware, to develop a complete software package, and to get started on production.  Despite the upcoming deadline being next March (not to mention far higher demand than initially anticipated), Urman remains confident they will be prepared to ship for launch.

In other news, the will of the late Adam Yauch, better known to fans as MCA of the Beastie Boys, was filed in a Manhattan surrogate court on Tuesday.  MCA’s trust of $6.4 million will go to his wife and daughter, and the rights to his art will be transferred to his wife.  Yauch also made sure that his will prohibits his music from being used in advertisements.  Still, there remains the chance that the other members of the group could license their music for commercial use, depending on the legal nuances.