73 Percent of Lady Gaga Twitter Followers Are Fake or Inactive

So, how many of your followers are fake?

Lady Gaga has more than 29 million Twitter loyalists, but according to a recent analysis conducted by London-based StatusPeople, 73 percent of those accounts are fake, inactive, or other otherwise duds.  In fact, the company’s ‘Fake Follower Check’ finds that accounts for many celebrities and political figures – including President Obama – are overrun with fakes. 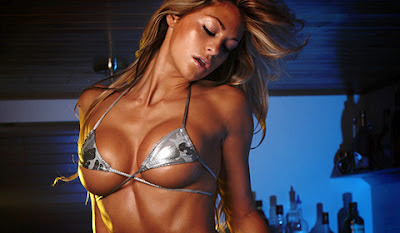 The fake count doesn’t necessarily indicate fraudulent or suspect behavior, though there are dozens of firms buying and selling fake Twitter accounts.  In the case of Twitter-magnets like Gaga and Obama, fake counts are probably more a reflection of a platform littered with account carcasses.  After all, Twitter doesn’t require users to approve new followers, and creating (and abandoning) an account couldn’t be easier or more laxly monitored.  Which raises the question of just how many Twitter accounts overall are actually real.

But… buying and selling fake followers, really?  We couldn’t believe (perhaps naively) that anyone was doing this, outside of the most desperate and socially-obsessed.  But that was until we actually met an entrepreneur starting exactly this type of company, so we started asking some questions.  The entrepreneur, who asked to remain anonymous, said the reason for starting the company was simple: he needed the cash after getting ousted from another company he cofounded.  And, moral judgements aside, he assured us that he has dozens upon dozens of competitors, all specializing in cheap, easily-added followers.

“It may be the worst-kept secret in the Twittersphere. That friend who brags about having 1,000, even 100,000 Twitter followers may not have earned them through hard work and social networking; he may have simply bought them on the black market.”

But what does the fake count on a real, organically-grown and non-celebrity Twitter account look like?  For that, we ran a check on our own (@digitalmusicnws), which as of this writing has a more modest 33,004 followers.  Actually, we rarely delve into our actual follower lists, and let anyone jump aboard.  Regardless, our fakes are drastically lower: just 5 percent according to StatusPeople, though 20 percent were deemed ‘inactive’ or abandoned.